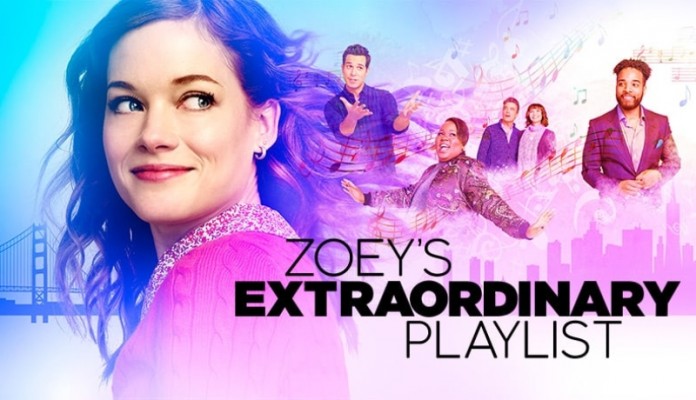 NBC has now officially announced the news for a new season. The show started with low viewership ratings compared to other shows in the same time slots, and still ended with ratings lower than the competition with only about 2 million viewers (not including digital platforms). However, the series was a fan-favorite among viewers: TVscorecards calculated a 91% user quality score based on several popularity metrics, making Zoey’s Extraordinary Playlist one of the best-rated shows of 2020 (View our top 20 list of shows with the best audience scores).

On November 20th, NBC confirmed that Zoey’s Extraordinary Playlist’s new season 2 will start on Tuesday January 5th, 2020. Tuesdays will indeed mark the celebrated return of the much beloved “Zoey’s Extraordinary Playlist,” which won an Emmy Award and earned a rate 90%+ series rating from TVscorecards, making it one of the top TV shows of 2020. The series will kick off the Jan 5th line up and be followed by  “This Is Us season 5“.

A shocking new friendship: In a TVline interview, showrunner Austin Winsberg stated that after the death of her father in the first season, “Zoey has hid herself from the world for six weeks. On her first day out amongst the living again, she discovers that Max, Simon and Mo (Alex Newell) have all actually become friends in her absence”.

Two new cast members join the new season: Australian musician Felix Mallard (Locke & Key) and Jee Young Han (Superstore, Station 19) will join the cast of Zoey’s Extraordinary Playlist for season 2. Felix will play Aiden, Zoey’s childhood neighbor. According to Deadline, Aiden will return from a backpacking trip in Asia to move back in with his parents to plan the launch of a new band. Jee Young Han will play Jenna, Emily’s wild child older sister. Jenna arrives in the city to help with Emily’s new baby.

The TVscorecards quality score of 91% placed Zoey’s Extraordinary Playlist in the list of highest-rated TV shows.  The show also received critical acclaim. TV Guide called it a “whimsically tuneful winner” and Entertainment Weekly stated that the show was “groundbreaking.”

The new season of Zoey’s Extraordinary Playlist has been confirmed by the show’s official instagram account, as shown below and an NBC Press Release.

We’ve got extraordinary news: #ZoeysPlaylist will be back for Season 2 on @NBC! 🎶