Down to Earth With Zac Efron season 2 is likely coming to Netflix, but only late 2021.  In this travel and wellness TV series, Zac Efron goes around the world with wellness expert Darin Olien to search for healthy and sustainable ways to live. The show takes Zac to places such as Iceland, France and Costa-Rica.

Netflix has NOT yet renewed Down To Earth With Zac Efron for a new season. However, we believe there is a 62% chance that there will be a season 2 based on our TVscorecards renewal score. 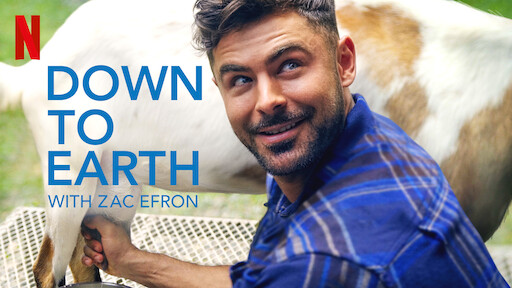 Our data analysts track several popularity indicators and compute a “TVscorecards.com Renewal score” based on this analysis. Down To Earth With Zac Efron has a 62% renewal score. While this score is significantly lower than other July hit shows such as Warrior Nun Season 2 and Cursed Season 2, we believe that Zac Efron is more likely than not to come back for a new season on the popular streaming service. The reasons include strong viewership and high user scores. See our renewal scorecard below.

What could drive Netflix or Zac Efron to cancel season 2?

While we wait for the offical news from Netflix, you can watch this recent feature on Zac Efron being a pure for 6 minutes. You can also review our Netflix cancel/renew scorecard.

Actor Zac Efron journeys around the world with wellness expert Darin Olien in a travel show that explores healthy, sustainable ways to live.

Down to Earth With Zac Efron