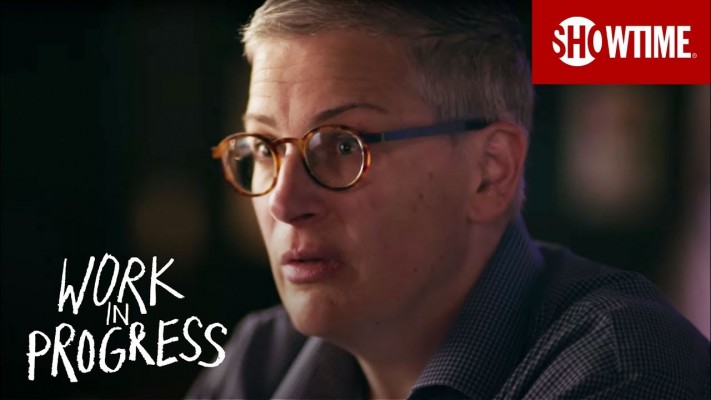 SHOWTIME(R) RENEWS “WORK IN PROGRESS” FOR A SECOND SEASON

SHOWTIME has picked up a second season of the critically acclaimed comedy series WORK IN PROGRESS. Created and written by Chicago improv mainstays Abby McEnany and Tim Mason and co-written by Lilly Wachowski (The Matrix), the series stars McEnany as a fictionalized version of herself whose misfortune and despair unexpectedly lead her to a vibrantly transformative relationship. The ten-episode second season will be entirely written, shot and produced in Chicago this year. Season one currently airs on Sundays at 11 p.m. ET/PT, with its season finale set to air January 26. The announcement was made today by Jana Winograde, President of Entertainment, Showtime Networks Inc., at the Television Critics Association’s Winter Press Tour.

“We could not be more gratified that both critics and viewers are responding to the spark of creativity and original point of view that blew us away when we first saw the pilot that screened at Sundance last year,” said Winograde. “We fell in love with Abby at first sight, and are eager to share in the laughter (and tears) that she, Tim and Lilly will undoubtedly evoke in season two.”

In addition to McEnany, season one stars Chicago-based performer Karin Anglin alongside Celeste Pechous, with Julia Sweeney (Saturday Night Live, Shrill) appearing in a crucial role as herself. Theo Germaine (The Politician) also appears as a special guest star. WORK IN PROGRESS is executive produced by McEnany, Mason and Wachowski, who also serve as co-showrunners. Lawrence Mattis, Ashley Berns and Josh Adler of Circle of Confusion also serve as executive producers, along with Tony Hernandez of JAX Media (DESUS & MERO) and Julia Sweeney. Mason also serves as director this season, with Jacqueline “JJ” Ingram serving as supervising producer. SHOWTIME acquired the pilot for the series after its premiere at the 2018 Sundance Film Festival(R), where it was an official selection of the Indie Episodic program.

WORK IN PROGRESS, created by Chicago improv mainstays Abby McEnany and Tim Mason and co-written by Lilly Wachowski (The Matrix, Sense8), premiering on Sunday, December 8 at 11 p.m. ET/PT. A funny and uniquely human comedy, the series features McEnany as a 45-year-old self-identified fat, queer dyke from Chicago whose misfortune and despair unexpectedly lead her to a vibrantly transformative relationship. Chicago-based performer Karin Anglin co-stars alongside Celeste Pechous, with Julia Sweeney (Saturday Night Live, Shrill) appearing in a crucial role as herself. Theo Germaine (The Politician) will also appear as a special guest star.