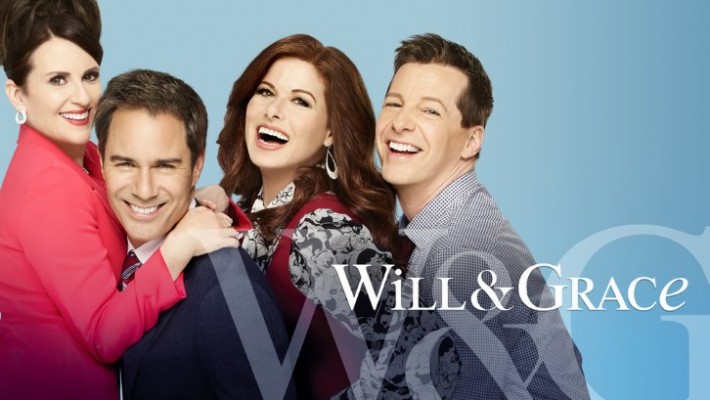 · Leading into the series finale episode, NBC will air a “Will & Grace” retrospective special, hosted by Eric McCormack at 8:30 p.m. In the special, McCormack will show clips of past and present episodes that highlight the series’ most iconic and memorable moments.

· The retrospective will also feature emotionally-charged reactions from “Will & Grace” superfans and celebrities who will share stories about what the show has meant to them. The special will cover the litany of guest stars who have appeared as well as the groundbreaking and TV history-making moments the show has created over the years, including the first male-to-male kiss on network television. Elton John and Norman Lear will also make special appearances.

· In the season finale episode, “It’s Time,” with the apartment packed up, Will (Eric McCormack) is determined to not reminisce about his life in the city or his ex, McCoy (guest star Matt Bomer). Grace (Debra Messing), on the verge of giving birth, keeps having false alarms of going into labor. At the behest of Stan, Karen (Megan Mullally) goes to the top of the Statue of Liberty to get closure with her ex-husband. Jack’s (Sean Hayes) dream of taking a bow on a Broadway stage becomes a very real possibility. Minnie Driver and Brian Jordan Alvarez guest star.

· The special “I Love Lucy”-inspired episode, titled “We Love Lucy,” will air Thursday, April 9 at 9 p.m. The episode features stylized recreations of the classic “Vitameatavegamin,” “Chocolate Factory” and “Grape-Stomping” scenes featured in “I Love Lucy,” with Grace, Karen and Jack each imagine themselves as, with Will as the Ricky to all of them. Lucie Arnaz and Leslie Jordan guest star.

· The critically acclaimed and award-winning series concludes following a remarkable 11-season, 246-episode run over the course of four decades as one of the most influential sitcoms of all time.

· “Will & Grace” has earned an astonishing 91 Emmy Award nominations, 18 Emmy wins (including Outstanding Comedy Series) and seven SAG Awards among dozens of other kudos. In addition, the show is one of the few in TV history where each member of the cast won an Emmy.

· In “live plus same day” Nielsens, recent “Will & Grace” episodes have generated four consecutive weeks of viewership increases starting Feb. 27 and culminating with a March 19 telecast that scored the show’s top L+SD results since April 4, 2019.

· Since its premiere episode on Oct. 24, 2019, “Will & Grace” has generated 1.5 million Interactions across Instagram, Facebook and Twitter to rank as the #3 most social primetime broadcast comedy of the season, trailing only NBC’s “The Good Place” and “Brooklyn Nine-Nine.” (Source: Nielsen Social SCR; Primetime Daypart; Comedy Series; Broadcast; 10/24/19-03/18/20). The 1.5 million Interactions represent a +24% gain from the same time frame last season.

· Additionally, “Will & Grace” generates one of primetime television’s most upscale and most educated audiences, ranking #4 among Big 4 comedies in the concentration of adults 18-49 living in homes with $100K+ incomes (135 index, 100 represents an average concentration of those viewers) and as well #4 among comedies in adults 18-49 with four or more years of college (135).

The series centers on Will Truman (Eric McCormack), a gay lawyer, and Grace Adler (Debra Messing), a straight interior designer. Will and Grace are best friends living in New York, and when Grace's engagement falls apart, she moves in with Will. The other central characters are Jack (Sean Hayes), Will's flamboyant gay friend, and Karen (Megan Mullally), Grace's sassy assistant, a hard-drinking, pill-popping socialite who married into money (more than once). Together, the characters go through the trials of dating, sex, relationships and their careers, butting heads at times but ultimately supporting one another while exchanging plenty of witty banter along the way.