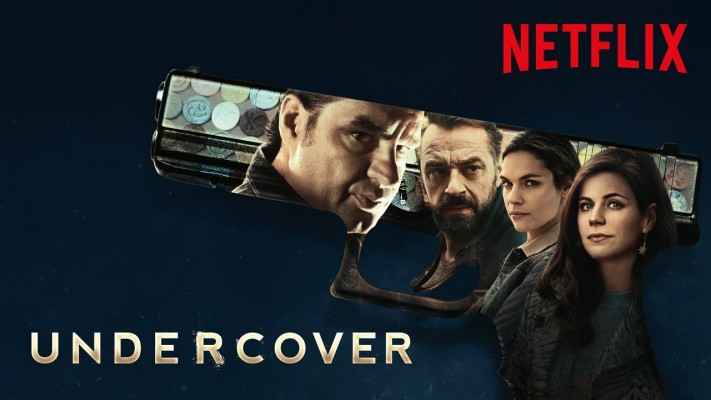 The drug lord Ferry Bouman will be back on Netflix this fall in Undercover season 2.

What to expect in the new season

Frank Lammers, Anna Drijver, Elise Schaap and Tom Waes will be seen on Netflix on 9/6 in Undercover season 2. One year after the first season, Kim is now an NGO employee. She investigates arm trade deals in Syria with Bob, leading her to the “El Dorado” ranch in Belgium. Bob goes undercover to become acquainted with arm dealers and brothers Laurent Berger and JP Berger. At the same time, their identities are being investigated, both by Kerry Bouman, who continues his search from his jail to identify who Bob and  Kim really are, and by Bob’s daughter, who is setting out to learn more about her father.

Drug lord Ferry Bouman will be back in Undercover season 2, alongside several new characters

Lammers stated in Netflix press release: “Ferry is back, so watch out! The second season is even more exciting, with new characters and storylines. I can’t wait for the fans to see it.” Several new characters will also appear in season 2, including a new role for Rico Verhoeven.

In addition, Netflix announced that Undercover lead actors Frank Lammers (Ferry) and Elise Schaap (Danielle) will be featured in a new film, about the drug lord’s early years. The new film will be called “Ferry” and will leverage the Undercover’s key elements that made it a success, including suspense, plot twists and humor.

The story starts in the early years of Ferry Bouman (2006) in the Netherlands. Ferry works for criminal and drug lord Ralph Brink. Netflix mentions “One day the gang is brutally mugged and Ralph’s son is severely injured. When all leads point to a group of campers in Brabant, Ferry is sent out to find the perpetrators. After years of absence, Ferry returns to his beloved Brabant, which he had fled many years before. The difficult reunion with his estranged family, the return to the camper life he had forsaken and the meeting with his charming neighbor Danielle all gradually crawl under Ferry’s skin. His journey will lead to unexpected outcomes and put Ferry’s loyalty to the test”.

Undercover agents infiltrate a drug kingpin's operation by posing as a couple at the campground where he spends his weekends. Inspired by real events.