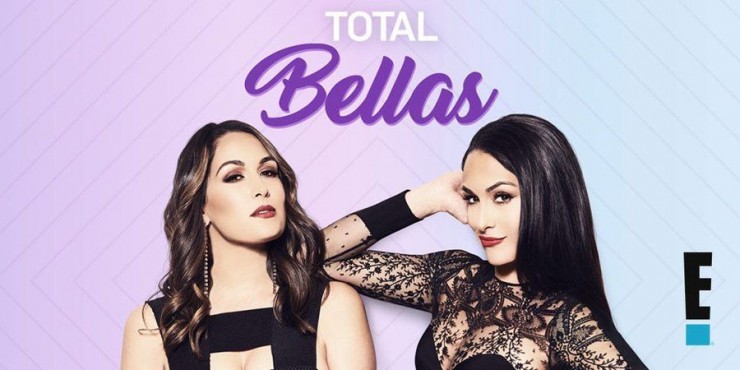 E!’s has just shared that they will renew “Total Bellas”. The show features Nikki and Brie Bellas, WWE stars & best-selling authors and entrepreneurs. Season 5 did well for E! with almost 1 million viewers, up 10 percent from the previous season, as the series approaches its first season finale tonight. The series showcased several important steps in the sisters’ lives, including Nikki and Artem’s romantic engagement and the twins finding out they’re both expecting practically around the same date.

The new season 6 will highlight the Bella’s growing families with their two new babies, as the Bellas navigate the happiness and challenges of parenthood (Brie with her second child).

“Total Bellas,” spin-off of E!’s mega-hit series “Total Divas,” gives viewers exclusive access into the lives of The Bella Twins and their significant others, John Cena and Daniel Bryan, as the WWE Superstars move in together and enter a new chapter of their lives, both professionally and personally. The series kicks-off with Nikki and John being sidelined by injuries and Daniel’s recent retirement from the ring. This docu-series will follow the odd-couple relationships of these eccentric WWE Superstars as Brie does her best to nurse, not only Nikki, but John and Daniel back to health. With Nikki’s recent neck surgery, Brie’s retirement at WrestleMania®, Daniel’s untimely retirement from WWE, and John’s rising profile in Hollywood, fans will get an exclusive beyond-the-ropes glimpse into how these dynamic individuals juggle their reality and prepare for their uncertain futures.