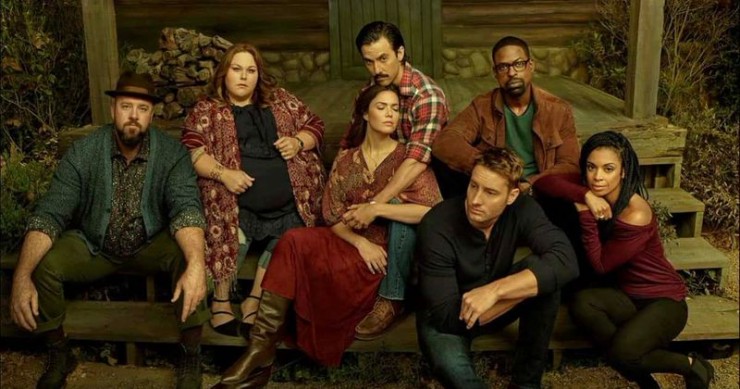 NBC announced the pick up of multi-generation, tear-jerking family drama “This Is Us” through season 6. The decision initially came after the third season of the show garnered an impressive audience with 8.32 million viewers and remained as one of the network’s highest-rated TV shows. Now that season 4 has also ended with an excellent rating of 1.3 in the adults 18-49 demographic, there’s no reason to believe that the fans won’t have the 2021-22 season.

The release date will be October 27th (initially announced November 10th, 2020, NBC has announced on 8/28). “This Is Us” is a roller-coaster ride filled with twists, tears, laughter, and a lot of love. The story revolves around the Pearson family and the unique struggles of each of its members. Three siblings Kevin, Kate, and Randall, try to gear their life towards happiness after facing a tragedy in the past. The show takes us through their highs and lows, but eventually, love is what unites them.

The new season 5 will be about new beginnings… and COVID

The first three seasons heavily focused on the patriarch of the family, Jack and his childhood struggles. However, that changed in season 4 and we got to know more about Rebecca’s past. While talking about season 5, the show’s writer Dan Fogelman said that the theme this time around will be new beginnings and uplifting moments. The audience can expect some challenges chucked their favorite family’s way, and some mysteries revealed.

Additionally, This is Us creator Dan Fogelman shared on Twitter in a response to a fan question “Yes on Covid. We’ve decided to attack things head on. Very proud of @ThisIsUsWriters”.

New Promo Video released by NBC about the new season

Watch the preview/promotion just released by the network about upcoming season 5.

All the previous seasons of “This Is Us” were released in the third week of September. However, things might be a little different this time due to the current pandemic situation, and season 5 premiere date has been officially confirmed to be Nov 10th, 2002.

A trailer is not yet available.

BREAKING NEWS
‘This Is Us’ Writer Jas Waters Died by Suicide at age 39: the cast and crew of “This Is Us” is mourning the loss of one of their own, Jas Waters, who died at the age of 39 on Tuesday. Read the news.

READ MORE ABOUT THIS IS US:

View TV show page for This is Us.

This Is Us is a top-rated show, but there are other top-rated comedies with a higher audience score.

This Is Us is renewed for season 6. View Latest Status for Season