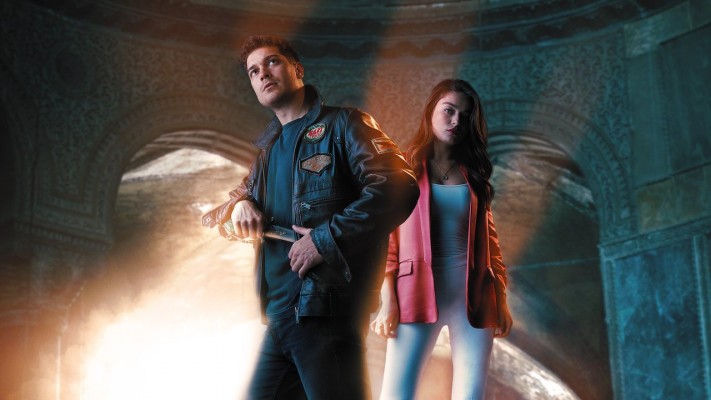 The stakes are higher, the danger is bigger! But the past can save you from present dangers, in The Protector S3

In season 3, Hakan enters into a fierce battle to save Istanbul from returning to hell by his brother, who carries the blood of “The Protector”. While the city suffers from a fatal virus, Faysal and Ruya are getting closer to their evil plans. Hakan has to reach Nisan (Funda Eryiğit) to find an antidote and on this path Burak (Taner Ölmez) joins Hakan on this adventure to save the citizens of the city. Trying to survive against all this, Hakan must also find Vezir, the infamous immortal, the rebel, who is getting ready to conquer Istanbul with a fury of six hundred years. The history of Hakan’s ancestors sheds a light to his battle today and he gets ready for his journey between the past and the present.

The series follows the epic adventure of Hakan, a young shopkeeper whose modern world gets turned upside down when he learns he’s connected to a secret, ancient order, tasked with protecting Istanbul. At the story’s start, Hakan couldn’t be further from a hero — just an ordinary guy in this city of 15 million, where East meets West and past meets present. He must quickly learn that his hometown is under threat from the mysterious, mystical Immortals, and it’s his job to stop them. It’s a task he’s not only unprepared for, but resists — will he fulfill his destiny as the last protector?