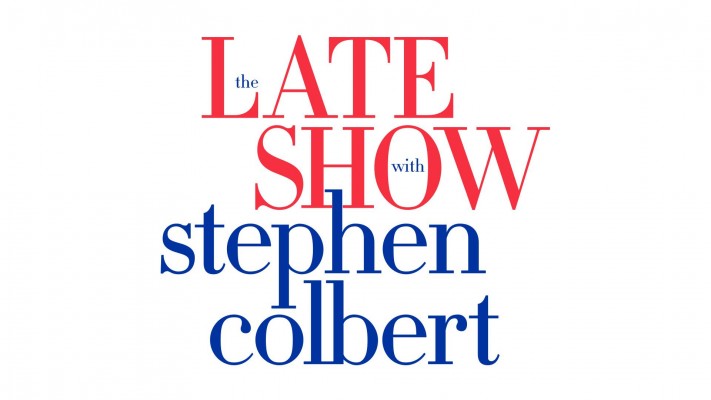 Currently in its fifth season, CBS has renewed the late-night talk show through Season 9. The extended renewal keeps the show safe from cancellation through 2023.

"Stephen Colbert is one of the most entertaining, influential and relevant voices in America today," said David Nevins, Chief Creative Officer, CBS Corporation, Chairman and Chief Executive Officer, Showtime Networks, Inc. "His monologue has become a vibrant part of the national discussion, and a spot on Stephen's couch places guests from the worlds of entertainment, news and politics in front of late night's largest and most desirable audience. We're incredibly proud of the broadcast and thrilled to extend our relationship with Stephen for years to come."

Said Colbert, "I've been asked by CBS to host THE LATE SHOW until 2023, and I have every intention of honoring their subpoena."

So far this season, THE LATE SHOW's ratings dominance has increased, as Colbert won premiere week by over +1.5 million viewers and grew his lead even more in week two, beating second place NBC by almost 2 million viewers. Week three remained consistent with an almost +1.7 million viewer lead. Also, as of today, Colbert's monologues from the new season have been viewed nearly 57 million times on YouTube.

THE LATE SHOW has received a total of 13 Emmy nominations since its premiere in 2015, including three nominations for Colbert's critically acclaimed election night special, which aired on SHOWTIME in 2018.

Stephen Colbert took over as host of THE LATE SHOW on Sept. 8, 2015. Prior to joining CBS, he helmed "The Colbert Report" for almost 1,500 episodes, winning two Emmys for Outstanding Variety Series, two Peabody Awards and two Grammy Awards. Grammy-nominated artist Jon Batiste is the bandleader of THE LATE SHOW along with his band "Stay Human." Executive producers of THE LATE SHOW are Stephen Colbert, Chris Licht, Tom Purcell and Jon Stewart.

The Late Show With Stephen Colbert is renewed for season 9. View status for season 10