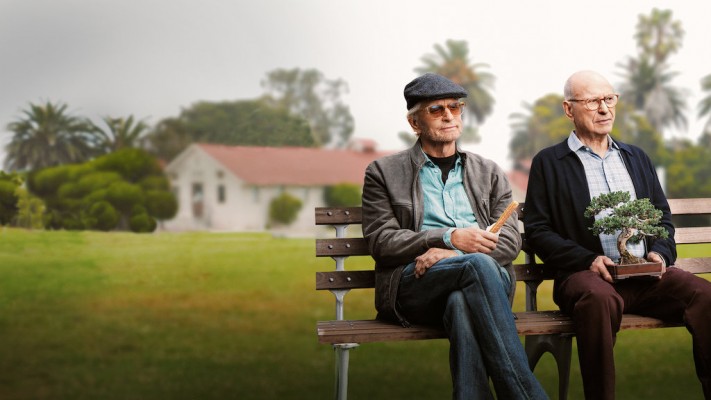 Netflix has renewed the half-hour comedy series for the third and last season.

The streamer has announced to renew its star-studded comedy show ‘The Kominsky Method‘ for the third season, which will also be its final season. The show has been a refreshing treat for comedy lovers ever since premiering in 2018. Starring Micheal Douglas and Alan Arkin, the show has also won two Golden Globe awards.

‘The Kominsky Method‘ follows the delightful friendship between Sandy Kominsky and Norman Newlander. Once a successful actor, Kominsky now enjoys his status as an acting coach and navigate his later years with his agent and friend Norman. It’s admittedly a refreshing take on humorous comedy and features a fair share of heartfelt moments. The show is created and produced by Chuck Lorre, who also has The Big Bang Theory, Grace Under Fire, and Two and a Half Men to his credits.

Season 2 took the focus slightly away from the friendship between two old men and geared the story towards two old fathers. We saw Norman’s relationship with his daughter Phoebe evolving and his mission to find purpose in life getting stronger. Meanwhile, Sandy grows wary of her daughter’s older boyfriend. Even during all these events, the two friends can’t help but continue their shenanigans, which ultimately provide a premise for funny moments.

What to expect from Season 3?

Season 3 is likely to expand on Sandy’s cancer and his decision about whether to leave his business to his once-estranged daughter Mindy. We will also get to know if Norman can finally find love again and overcome his emotional tribulations.

There has been no official statement about the release date of season 3. Previously, the show premiered in November and October. While the audience would like it to follow the same pattern, coronavirus pandemic can affect the production speed.

Acting coach Sandy Kominsky and best friend Norman Newlander keep each other laughing as they navigate the ups and downs of getting older. Starring: Michael Douglas, Alan Arkin, Sarah Baker.