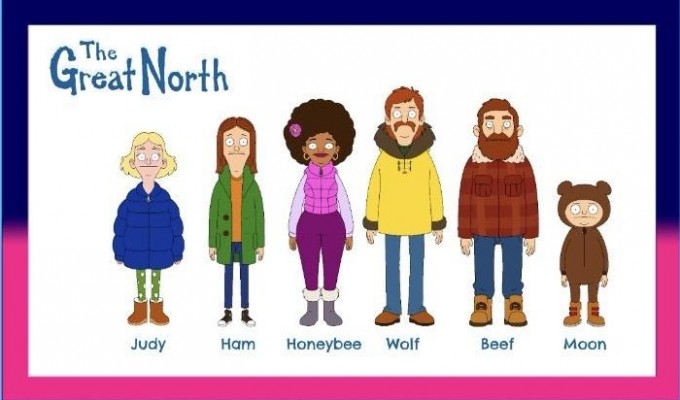 ‘The Great North‘ has to be one of those rare animated shows that received a pick up for season 2 even before their premiere. The show comes from Bob’s Burgers creator Loren Bouchard with season 1 yet to be launched mid-season this year but the animation turned out to be so promising that Fox had to break the news of renewal ahead of the series debut.

What is the animation series about?

‘The Great North‘ follows the antics of the Tobin family. Living in Alaska, Beef Tobin is a single dad who juggles his work and family life while doing everything in his power to keep his eccentric kids close to him. His only daughter, however, makes the job particularly hard with her artistic dreams and wants a life away from the family boat.

The animation style is anticipated to be like that of Bob’s Burgers’ and a few basics might also seem the same but the premise is entirely different. ‘The Great North‘ will be a story of a dad’s struggles and his children’s dreams. Beef, the dad is voiced by Nick Offerman of “Parks and Recreation” while his daughter Judy is brought to life by Jenny Slate. Making the family whole will be Judy’s three brothers Wolf (Will Forte), Ham (Paul Rust), and Moon (Aparna Nancherla).

The show is set to premiere in 2020 but we don’t have a specific date yet. Considering that Bob’s Burgers is set to air this fall, we can expect ‘The Great North’ to release around the same time. There is no news of the trailer yet either.

From executive producer Loren Bouchard (BOB’S BURGERS), animated comedy THE GREAT NORTH follows the Alaskan adventures of the Tobin family, as a single dad does his best to keep his weird bunch of kids close, especially as the artistic dreams of his only daughter lead her away from the family fishing boat and into the glamorous world of the local mall.

The Great North is coming soon. View status for season 2