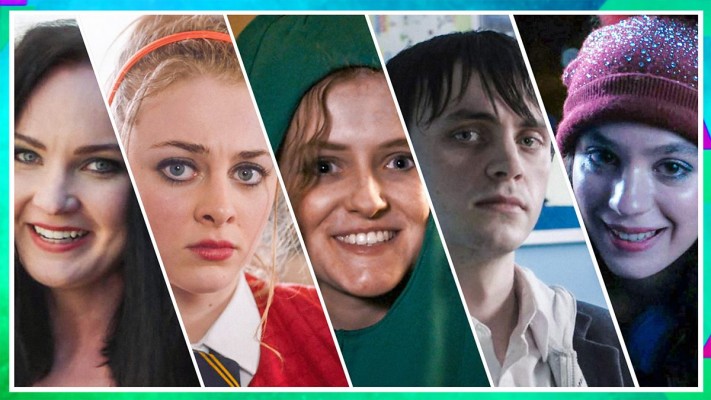 The UK broadcasting service has renewed the short-form drama for Season 5, TV Scorecards can reveal.

Now in its fifth year, The Break - a drama series of short films - showcases five writers who have captured the humour, hope and heartbreak of contemporary life in Northern Ireland.

The aim of the series, which is now available on BBC Three on the BBC iPlayer, was to find the best original, contemporary stories reflecting modern life in Northern Ireland. It focuses on issues and stories that are important to young people locally and further afield.

The five writers are Seamus Collins, Louise Nesbitt, Emily DeDakis, Jan Carson and Karis Halsall. They submitted their ideas in November 2018 alongside nearly 200 others and their scripts were chosen for the fifth series. Since then they have been working with the BBC Writersroom to develop their scripts though a series of workshops and sessions.

In the first programme, Binbagged, written by Seamus Collins, Chloe ponders her life before it’s packed into a binbag again. It’s not her first time in the headteacher’s office but it might just be the last. Expulsion is on the table and worse besides, as firebrand Chloe is already on thin ice with her foster mum. She hides her fear and pain behind an awesome attitude and even more awesome profanity.

In Hot Mess, written by Louise Nesbitt, Ellie is on the best date of her life, so obviously she has to bail out via the window of the restaurant toilet before her date can get to know the real her.

Wings by Jan Carson is a touching drama about a young carer who wants to give his little sister the childhood he never had - but is his naivety putting her in danger? They have some growing up to do if they want to stay together as a family.

In Clean, Kerry returns home at 4.30am in a pickle costume to an angry boyfriend - but that’s the least of her troubles. Something has happened, something that Kerry wants to put behind her. The hard-hitting drama by new writer Karis Halsall sees Kerry’s reality and her imagination clash.

Last Night In Belfast, by Emily DeDakis, tells the story of teenager Vivi who has one final change to make an impression on a boy and the city she loves as her parents decide to return home to Bucharest after four years living in Belfast. This is her last chance to leave something behind with someone she cares about - otherwise it’s like she was never there.

BBC Commissioning Editor for Drama, Tommy Bulfin, says: "It’s been great to see these bold, exciting new voices tell surprising and relevant stories about being young in Northern Ireland, which we hope will resonate with the BBC Three audience and beyond.”

Anne Edyvean, Head of Writersroom, says: "The Break has always been about uncovering new voices with authentic and unexpected stories to tell to a BBC Three audience. These are heartfelt contemporary pieces, set in Northern Ireland, full of character, surprise and humour."

Steven Canny, executive producer BBC Studios, says: “It was a genuine privilege to help in telling five original, distinctive and unique stories from Northern Ireland. BBC Studios and Artis Pictures were very fortunate to have worked with Writersroom to develop and make these films from these fascinating new voices. Looking around the crew and cast it was exciting to see how many emerging, young and new talents were involved in the process of making them. As a series The Break also gives a rare insight in to the lives of young people now, and gives a frequently surprising view of the country."

Keith Martin, (Exec Producer) of BBC Writers Room, says: "I’m really proud of these emerging writers and their personal and poignant pieces. All that heart and humour, breaking with convention and proudly showcasing another, more contemporary side of Northern Ireland is the result of a lot of hard work. Thanks to BBCWR, NI Screen and BBC Three for the opportunity and congratulations BBC Studios, Artis Pictures to the Northern Irish Producer and Director for delivering such memorable and eye-catching films."

Belfast-based producer PJ Hart has produced the series for BBC Three. The scripts have been produced for BBC Three by BBC Studios and Artis Pictures. The series was made possible with funding from Northern Ireland Screen.