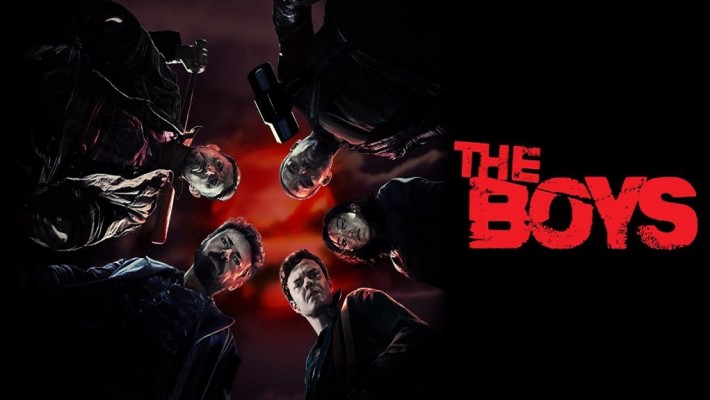 The Boys’ premiere for new season is August 28th 2020, starting with a devilish retrospective on the first season. Each new episode of season 2 will then be available starting September 4th 2020. The first three episodes of season 2 premiere Friday, September 4, with new episodes available each Friday after that, with the season finale on October 9 (8 episodes total, available wordlwide).

The Boys is renewed for season 2, and all the way to season 3

Amazon has also officially announced, just before the launch of season 2 premiere on September 4, that season 3 has also been ordered. The announcement was made during The Boys Comic-Con’s panel. Amazon also announced that Emmy Award-winning Aisha Tyler will serve as host for the official The Boys aftershow Prime Rewind called Inside The Boys. In each episode of Prime Rewind, members of the cast and creative team will join Aisha Tyler to discuss the new episodes.

Amazon has announced on August 17th 2020 that Jensen Ackles (Supernatural) will be be part of the cast for Season 3, as Soldier Boy, the original Superhero. After Soldier Boy fought in World War II, he became the first famous superhero, and a mainstay of American culture.

Season 2 trailer is now available from Amazon. Watch it now!

On August 3rd 2020, Amazon released the new trailer for season 2, as featured below. Click to watch:

What happens in season 2?

Amazon stated that “The even more intense, more insane Season 2 finds The Boys on the run from the law, hunted by the Supes”. The team is trying to get together and defeat Vought. Hughie, Mother’s Milk, Frenchie and Kimiko start to adjust to a new regular life, with Butcher nowhere to be found. Starlight must navigate her place in The Seven with Homelander ramping up to a new role. His power is at thread due to the arrival of the new Stormfront (Aya Cash), a media-savvy new Supe following a different agenda. In addition, the threat of a Supervillain becomes central to the plot and makes waves as Vought trys to build on the nation’s paranoia.

Back in July, Amazon had released a first look clip. Check out the new season 2 clip below for a preview:

The Boys is a fun and irreverent take on what happens when superheroes - who are as popular as celebrities, as influential as politicians and as revered as Gods - abuse their superpowers rather than use them for good. It's the powerless against the super powerful as The Boys embark on a heroic quest to expose the truth about The Seven, and Vought - the multi-billion dollar conglomerate that manages these superheroes and covers up all of their dirty secrets. The Boys are Hughie (Jack Quaid, "The Hunger Games"), Billy Butcher (Karl Urban, "Star Trek"), Mother's Milk (Laz Alonso, "Detroit"), Frenchie (Tomer Capon, "Hostages"), and The Female (Karen Fukuhara, "Suicide Squad"). Simon Pegg ("Mission: Impossible - Fallout") guest stars as Hughie's father.