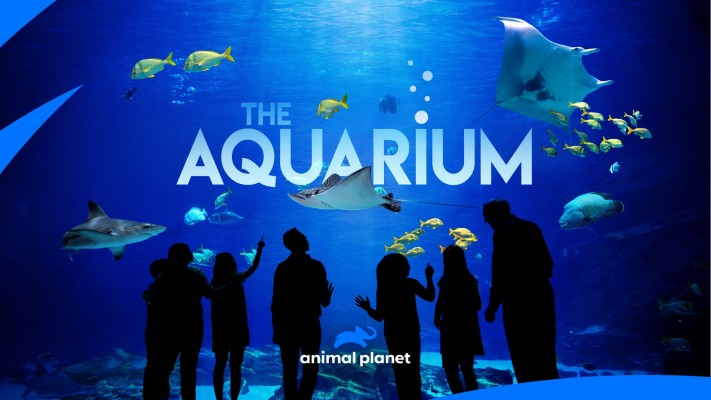 THE AQUARIUM, which documents life behind-the-scenes of Atlanta's Georgia Aquarium and the vital role it plays in aquatic conservation around the world, returns to Animal Planet for a second season, beginning Sunday, Feb. 9 at 8PM ET/PT.

The series sheds light on the underwater life of fascinating fish, marine mammals and aquatic birds who call the aquarium's 10 million gallons of water home. Each episode features unique relationships between Aquarium residents and the passionate people dedicated to their care. A staff of aquarists, biologists and veterinarians work with tens of thousands of animals, both familiar and rare - from piranhas and puffins, to sea turtles and sea dragons.

This season, THE AQUARIUM follows the stories of a sneaky moray eel moving from one habitat to another, a giant sea turtle named Tank who needs to learn healthier eating habits, and the adventures of baby fantail rays Bacon and Tomato, as they adjust to life in the massive Ocean Voyager exhibit. Viewers also catch up with rescued baby sea otter Gibson, as he learns to become a more independent pup. And this season, the adventures continue off the coast of Florida, as camera crews follow Georgia Aquarium biologists under the nighttime waves, to film a rare and wondrous event few have ever witnessed: the spawning of critically endangered corals.

Animal Planet will offer sneak peeks from each episode of THE AQUARIUM via social platforms that include Twitter and Facebook. Additionally, individual profiles of different animals will be featured throughout the season and weekly Instagram stories will preview upcoming episodes. THE AQUARIUM Season One can be seen in its entirety by U.S. audiences on the Animal Planet GO app.