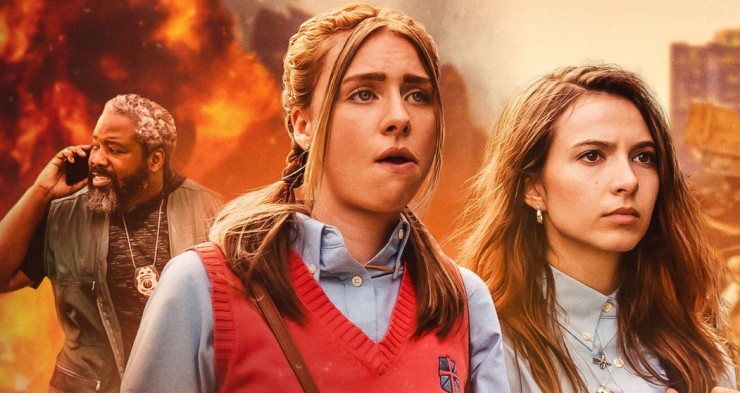 UPDATE October 6th, 2020: Teenage Bounty Hunters has been cancelled with no season 2, TVLine has confirmed. The show’s 10-episode first season initially made Netflix’s prestigious “Top 10” list, making this cancellation a surprise. We had initially predicted high chances for a renewal.

More to come on this announcement on TVscorecards soon…

OUR INITIAL POST:
Teenage Bount Hunters season 2 will likely be announced by Netflix in september. The new Netflix series is off to a hot start based on our indicators and we believe there is a 76% chance it will be renewed for a new season 2. We believe the renewal announcement will be made by Netflix in September or by October 2020 at the latest. The series tells the story of two twin sisters at an elite high school who start a new career as bounty hunters.

Why we think there will be a season 2

Below are the reasons we believe a new season is coming soon:

1. High viewership. Based on the number in the first two weeks of launch, we estimate that Teenage Bounty Hunters will get over 10 million viewers this year.

2. High retention. Not only has the show been a hit in its first few weeks, but it also managed to retained viewers from episodes to episodes, at rate significantly better than comparable TV series and similar to other successful shows like Warrior Nun, which has already been renewed for season 2. Viewers stayed engaged throughout the first season of Teenage Bounty Hunters, as demonstrated on our chart below.

3. Producer behind the series is a successful Netflix veteran: Teenage Bount Hunters is a Netflix Original comedy-drama TV series produced by Jenji Kohan, also produced of another Netflix hit show: Orange Is the New Black.

As a result, we believe Teenage Bounty Hunters Season 2 will be approved by Netflix. Most likely, the announcement will be made official in September 2020, or October 2020 at the latest.

READ MORE
View our Netflix renewal scorecard to find out which of your favorite shows have been renewed for a new season.

Teenage Bounty Hunters has been cancelled with no season 2