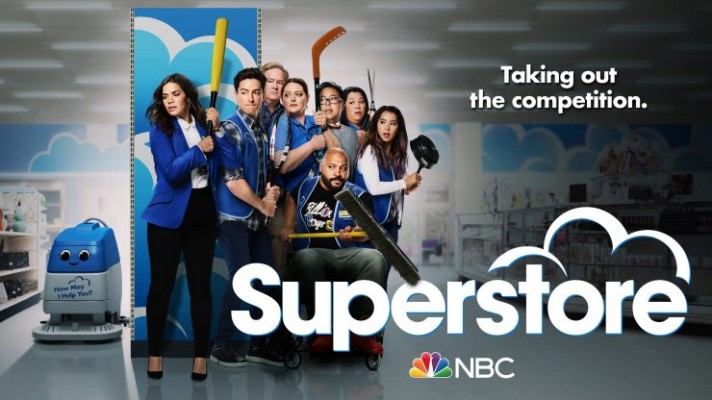 On December 3rd 2020, NBC has announced that it has cancelled Superstore with no plans for season 7.

The news was unexpected as Superstore reached more than 37 million viewers last season and has consistently been one of NBC’s top comedies. Superstore returns Thursday, January 14th 2021 at 8:30PM ET. There are currently 11 more episodes to air in the 2020-2021 season (season 6), which will end in Spring 2021. The show will have a total of 113 episodes across six seasons.

Superstore is a comedy TV series taking place at "Cloud 9”, a retail store in St. Louis. The store is a supermarket discount store selling supermarket products, in addition to guns, liquor and pharmacy products. The former spokesman for Cloud 9 was Daniel Hertzler until he was arrested and charged with cannibalism. The corporate headquarters do not offer basic employee benefits such as health insurance, paid overtime or paid maternity leave. Employees may take only one bathroom break per shift, and are allowed only 15 minutes for lunch time break. Door locks, lights, temperature and ambiance music are also controlled by the headquarters.

Superstore is in its final season. View status for season 7