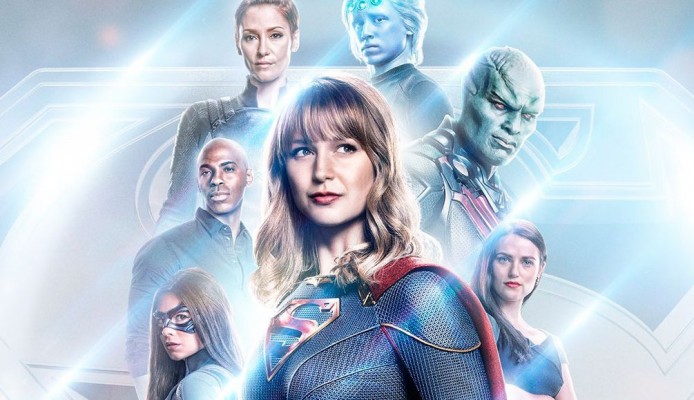 Make room for Supergirl on your 2020-21 viewing schedule.

We’ve just received word that Supergirl has been renewed for Season 6.

Well-placed insiders have leaked the renewal to TV Scorecards, ahead of a public announcement from The CW.

Will Supergirl Season 6 be the last in the series?

Our sources aren’t willing to make a firm statement on that, though it’s a “possibility” that Season 6 could be the final season of Supergirl — likewise, it could remain open for Season 7 renewal. One thing is clear, Supergirl will be back for a sixth season.

With the leak, Supergirl joins Riverdale on The CW’s 2020-21 season roster. Watch this space for more renewals and cancellations as they come in.

The CW announced that Supergirl season 7 is cancelled. The 2020-2021 season six will be the last.

Supergirl is an action-adventure drama based on the DC Comics character Kara Zor-El, Superman’s (Kal-El) cousin who, after 12 years of keeping her powers a secret on Earth, decides to finally embrace her superhuman abilities and be the hero she was always meant to be. Twelve-year-old Kara escaped the doomed planet Krypton with her parents’ help at the same time as the infant Kal-El. Protected and raised on Earth by her foster family, the Danvers, Kara grew up in the shadow of her foster sister, Alex, and learned to conceal the phenomenal powers she shares with her famous cousin in order to keep her identity a secret. Years later at 24, Kara lives in National City assisting media mogul and fierce taskmaster Cat Grant. She works alongside her friend and IT technician Winn Schott and famous photographer James Olsen, who Grant just hired away from the Daily Planet to serve as her new art director. However, Kara’s days of keeping her talents a secret are over when Hank Henshaw, head of a super-secret agency where her sister also works, enlists her to help them protect the citizens of National City from sinister threats. Though Kara will need to find a way to manage her newfound empowerment with her very human relationships, her heart soars as she takes to the skies as Supergirl to fight crime.

Supergirl Has Been cancelled With No Season 7