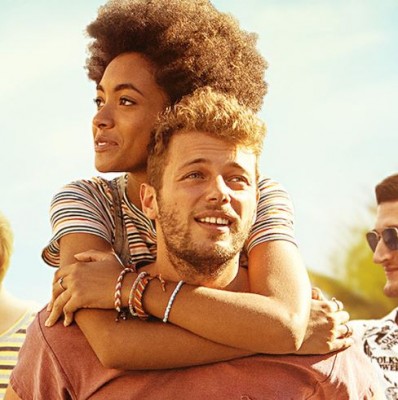 Summertime season 2 is coming to Netflix

Netflix officially announced season 2 of SUMMERTIME, the original Italian Netflix series produced by Italian TV company Cattleya. Summertime is an Italian drama TV show that premiered in April 2020 on Netflix. The series features Summer and Ale, two people with completely opposite lifestyles and personalities, who meet and fall in love. Summer is an introvert; she hates summer time. Ale is a man originally from Rome who is a famous motorcyclist, who stopped competing after an almost fatal racing accident.

Summertime season 2 will take the audience back to the summer atmosphere of Cesenatico, a small town by the sea with about 25,000 residents on the adriatic coast. The main cast will return, featuring Summer (Coco Rebecca Edogamhe), Ale (Ludovico Tersigni), Dario (Andrea Lattanzi), Sofia (Amanda Campana), Edo (Giovanni Maini) and Blue (Alicia Ann Edogamhe). The directors of Season 2 will be Francesco Lagi, who was co-director of the first season, and Marta Savina.

What is Season 2 release date and is there a trailer?

The release date and trailers have not yet be shared by Netflix, but we will update this article as we find out more. Summertime season 1 trailer is posted below.

After the success of the first season, Netflix confirms the second season of Summertime, the Italian original series produced by Cattleya - part of ITV Studios.