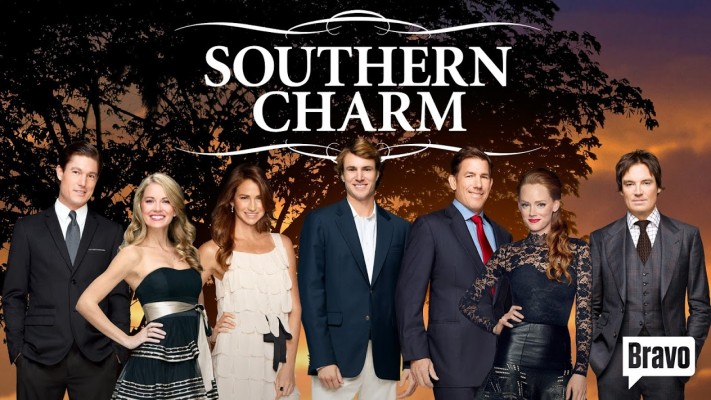 What to expect in the new season 7

Leva Bonaparte, Madison LeCroy and John Pringle will join returning charmers Craig Conover, Kathryn Dennis, Austen Kroll, and Shep Rose. Charleston Grand Dame Patricia Altschul, her son Whitney Sudler-Smith, and friend of the group Danni Baird also return for the new season. This season, members must manage new tests to their relationships in the middle of a pandemic and many fundamental changes to their lives.

The show will remain in Charleston and will document the members’ lives from February to July 2020 with footage that has been recorded during quarantine.

Updates to Season 7 from Bravo

· No stranger to outside criticisms from those in her small town, a fiery and unapologetic Kathryn is forced to answer to a string of questionable mishaps that leave her friends doubting her motives. Letting her gossiping ways get the best of her, she lands in hot water after sharing what she perceives to be old news and is wholly unprepared for the repercussions.

· Equipped with a new therapist and an improved attitude, long-time bachelor Shep may have finally found the one, but they begin to question whether their honeymoon phase can survive the pressures of quarantine and COVID-19.

· Craig finds himself struggling to reconcile his stagnant personal life with his thriving professional endeavors. While his company Sewing Down South sees exponential growth, he is stuck living with Austen as he attempts to get his personal affairs in order.

· Meanwhile, Austen seems to have finally discovered the secret to success both personally and professionally. He accomplishes a major milestone with his beer business, but his good fortune suddenly comes crashing down when the pandemic hits and everything he has worked so hard for hangs in the balance.

· Familiar face Madison is at a crossroad in her relationship with Austen. Convinced that he is the one for her, she quickly realizes they may be in over their heads when the pandemic threatens to tear them apart. As she attempts to sort out her feelings, Patricia seizes the opportunity to play matchmaker and set Madison up with the man she deserves.

· Leva and her husband Lamar are known for their success in the Charleston nightlife and hospitality scene. After years of mingling with the charmers in the same social circles, Leva leads the charge in her quest to alter the social landscape of her adopted southern hometown. In a bi-racial marriage to a Charleston native and raising a son who is Black and Persian, she advocates for a “new south” that embraces her family’s varied culture and promises a brighter future. Not one to shy away from tough conversations, her willingness to call her friends out in the hope of shifting their perspectives might be more than they can handle.

· Introduced to the group through his college fraternity brother Shep, John leaves his life behind in Los Angeles to reclaim his seventh-generation Charleston roots. His search for a more tranquil life proves far from easy, as he grapples with being a single dad living 3,000 miles away from his sons and is quickly caught up in a debate with the guys about bro-code when he shows interest in Madison.

This season, the rollercoaster romance between Thomas and Kathryn becomes even more complex as the two welcome a second Ravenel baby and struggle to co-parent successfully. Their tumultuous relationship creates a group divided as new feuds emerge and old feuds die hard. Meanwhile, southern belle Cameran, whose booming real estate ventures find her in bed with Shep, at least professionally, must decide if she ever wants to board the baby train and enter motherhood. After a detox in Delaware, Craig returns to Charleston determined to prove he's a changed man, thanks in part to his new girlfriend, Naomie. As Whitney contemplates the notion of leaving Charleston for good to follow his passion for film production, Craig accuses him of running away from his true love and personal scandal back at home. But not everyone is eager to settle down. Shep, the resident bachelor and ladies' man, finds a new partner-in-leisure in Landon, who's just as dedicated to riding the waves of life. However, Landon has a revelation that could change their decade-long friendship forever.