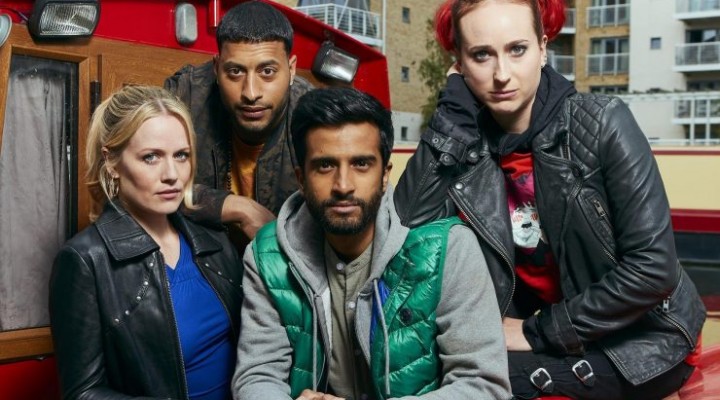 ITV2 and Hulu partner together to commission Zomboat! a new 6 x 30 episode series from Noho Film & Television production, part of ITV Studios, which will premiere on ITV2 this Autumn, and on Hulu in the U.S. later this year.

When the zombie apocalypse is unleashed in Birmingham, sisters Kat and Jo, together with unlikely travel companions Sunny and Amar, must flee for their lives… by canal boat. Jo has just returned from a season as a club rep and has decided to move back in with younger sister Kat, a computer game addict who buys into every conspiracy theory around. Jo struggles to take her sister seriously when Kat claims the zombie apocalypse is real and happening, right now…in Birmingham. Alongside gym bunny Amar, the upbeat and ready to face things head on character and his oldest friend Sunny, a wannabe misanthrope who’d rather sit out the apocalypse from the comfort of his sofa, Kat, Jo, Sunny and Amar find themselves trapped together on board Dorothy, a narrow boat on the Grand Union canal. As they journey along the canal in their tightly packed living quarters, friendships develop, alliances form, arguments occur and romance blossoms. Along the way, they realise there is no escaping the problems of everyday life, even in a zombie apocalypse.

Zomboat! is a Noho Film & Television production, created by Adam Miller and Will Hartley, written by Adam Miller, Will Hartley and Liz Doran. Executive Producers are Camilla Campbell and Robert Wulff-Cochrane for Noho Film & Television. Matthew Mulot is Producer with Adam Miller as Director. The series was commissioned for ITV2 by Paul Mortimer, Head of Digital Channels and Acquisitions, and Sasha Breslau, Head of Acquired Series.

Paul Mortimer said, “ITV2 is committed to comedy for younger audiences and we’re delighted to partner with Hulu and Noho Productions to add this fantastically high-concept, home-grown comedy adventure series to our slate.”

Sasha Breslau said, “Zomboat is a gorily funny new comedy with a terrific cast. ITV2 is thrilled to be on board the Zomboat ready to battle the undead.”