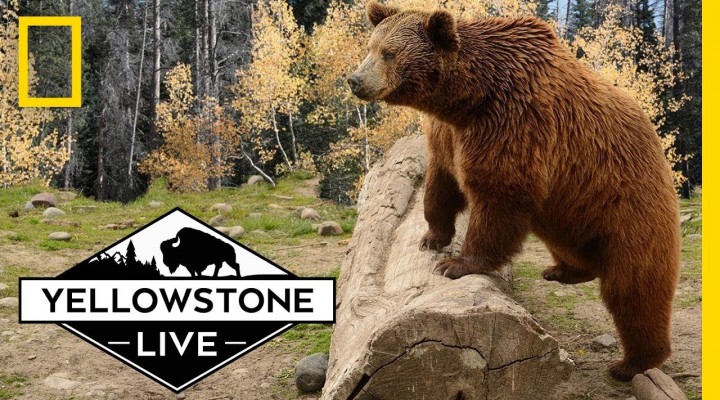 June is one of the most dynamic times of year in the Greater Yellowstone ecosystem. Life emerges from months of bitter-cold winter. Flowers are blooming, rivers are rushing and Yellowstone is bustling with new life. As Yellowstone National Park and its environs awaken, cougar cubs venture out from their underground dens, black bear cubs learn to hunt and bison must protect their young calves from hungry predators. There's spontaneous drama unfolding everywhere at every moment. YELLOWSTONE LIVE begins its four-night live event on Sunday, June 23, at 10/9c on both National Geographic and Nat Geo WILD, and premieres the following three nights at 9/8c. YELLOWSTONE LIVE returns for a second season with more animals, cameras and live locations showcasing wildlife from one of America's most cherished national parks and its surrounding areas. Taking place across three states - Montana, Idaho and Wyoming - the four-night event, which garnered 13 million viewers in its debut last summer, covers the expanse of nearly 3,500 square miles of the Greater Yellowstone ecosystem - one of the largest nearly intact environs on Earth. Returning to co-host the live broadcast is Josh Elliott (CBS News, "Good Morning America"), and animal expert, zoologist and naturalist Chris Packham ("Earth Live"), both reporting live from National Geographic's wilderness home base at West Yellowstone's Bar N Ranch. Jenna Wolfe ("First Things First," "Today") serves as the roving reporter throughout the live programming.