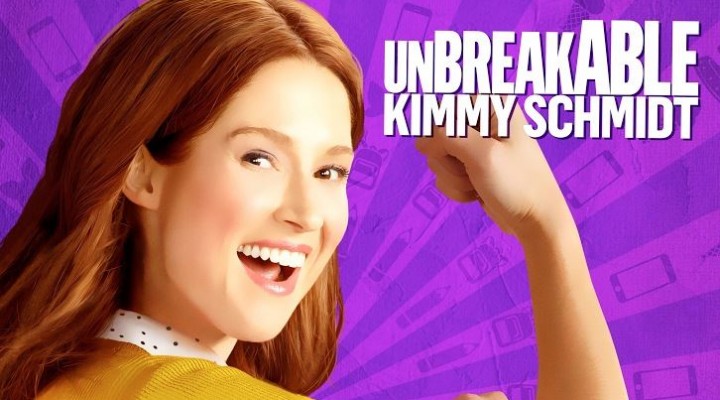 From creators Tina Fey and Robert Carlock, this half-hour single-camera comedy series stars Ellie Kemper as Kimmy, who escapes a doomsday cult and decides to reclaim her life and start over in New York City. Armed with just a backpack, light-up sneakers, and a couple of way-past-due library books, Kimmys ready to take on a world she didnt even think existed anymore. Wide-eyed but resilient, nothing is going to stand in her way. The 13-episode series, produced by Universal Television, also stars Jane Krakowski, Tituss Burgess, Carol Kane and more. Fey and Carlock serve as executive producers, along with David Miner and Jeff Richmond.