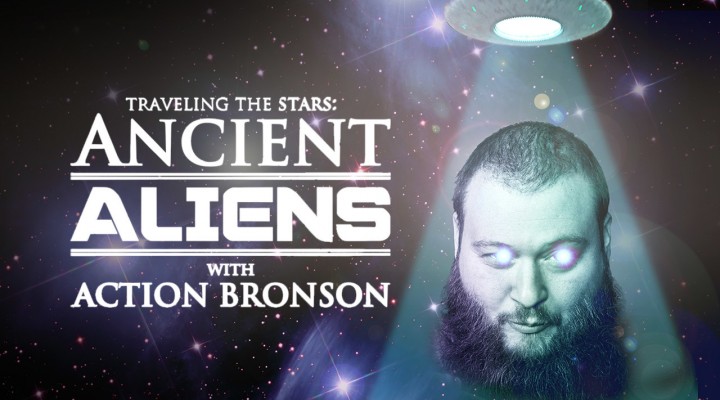 In making the announcement, VICELAND president Guy Slattery commented, "We couldn't be happier to have more Action on the channel. He's a singular talent whose passion, knowledge and energy leap off the screen."

On returning to VICELAND for the two series, Bronson added, "I'm happy to continue my life's work."

Hailed by The Boston Globe as "a stunningly elastic achievement in meta-television, [that] deserves a special Emmy that also functions as a bong," Action Watches Ancient Aliens features Bronson combining some of his favorite things: food, friends, the History series Ancient Aliens and weed. Each episode features Bronson and company watching, commenting, praising and extrapolating on the long-running series exploring controversial theories that extraterrestrials have visited Earth and influenced its culture for millions of years.