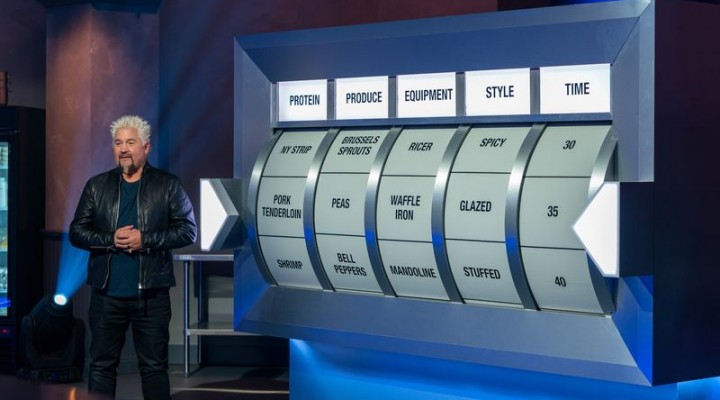 Is Tournament of Champions renewed or cancelled for season 2

Tournament of Champions is NOT cancelled, but there is no official status yet on season 2

NEW YORK - January 23, 2020 - It's madness on Food Network this March as Guy Fieri hosts and executive produces an all new culinary competition where 16 of the nation's most celebrated chefs face-off on Tournament of Champions, premiering on Wednesday, March 4th at 10pm with a supersized 90-minute episode stuffed with edge-of-your-seat action. During the five-part tournament, the chefs' skills will be pushed to the limit, as they go head-to-head in a single elimination bracket-style competition, where a randomizer machine determines the protein, produce, equipment, cooking style, and time for each of the cook-offs. The pressure is on and emotions are high throughout this unpredictable tournament, as the elite chefs enter this blind competition not knowing who their opponents will be, or what cooking challenges they will face. The intensity increases in each sudden-death each round of the tournament as the coveted spots decrease from 16 to eight in the second round, then to four, until there are only two chefs in the final round.

This past October, Guy issued a call to action on social media for fans to nominate their favorite chefs they thought deserved to earn a coveted challenger spot for an East Coast vs. West Coast tournament, and the fans responded. The final chefs representing the East Coast are: Maneet Chauhan, Rocco DiSpirito, Alex Guarnaschelli, Elizabeth Falkner, Darnell Ferguson, Amanda Freitag, Marc Murphy and Christian Petroni. The chefs showing off their chops from the West Coast are: Richard Blais, Eric Greenspan, Antonia Lofaso, Beau Macmillan, Jet Tila, Marcel Vigneron, Michael Voltaggio, and Brooke Williamson. Today, the seeds and first-round brackets of the tournament will be unveiled on Food Network's Twitter page. Beginning on February 14th, for the first time ever, viewers will be able to build their own bracket for a chance to track their scores as the competition unfolds, unlock exclusive content, and win prizes throughout the season.

"Tournament of Champions showcases cooking as a sport with difficult sudden-death challenges and unexpected match ups as each round is determined by the course of the competition," said Courtney White, President, Food Network. "Our cameras rolled on all the action, from the competition floor to back stage and behind the scenes, capturing the tension, deliberation, elation and frustration as bracket victors moved on while others faced elimination."

"The NFL has the Super Bowl, MLB has the World Series, NBA has The Finals. And now Food Network has Tournament of Champions - the ultimate culinary championship to establish once and for all, who rules America's kitchen," said Guy Fieri.

It's a high stakes competition unlike any before. Simon Majumdar and Justin Warner deliver real time play-by-play as all the action unfolds in front of a live audience and continues backstage while the competitors mull over their work while listening in on the judges' deliberation. Deciding who advances in each round is a rotating panel of expert judges including, Michelle Bernstein, Traci Des Jardin, Marcus Samuelsson, Nancy Silverton, Curtis Stone, Ming Tsai, and Jonathan Waxman. Unexpected challenges, major upsets and surprises fill this tournament, which concludes with an extended 90-minute episode on Wednesday, April 1st at 10pm. Only one chef will emerge as the champion!