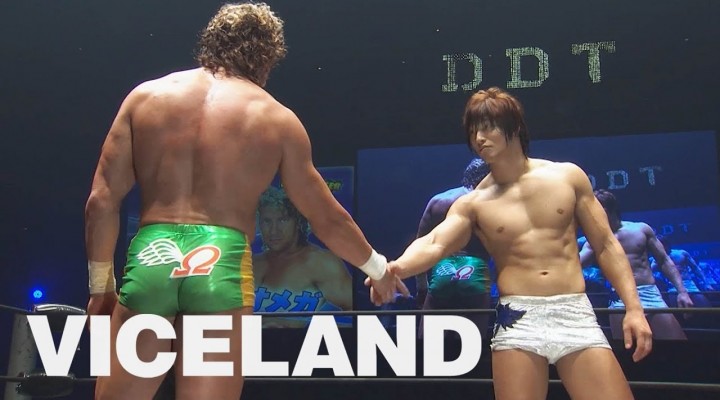 Following the much buzzed about wrestling docuseries DARK SIDE OF THE RING, which is posting some of the network's biggest ratings to date, VICELAND premieres THE WRESTLERS on May 22 at 10pm ET. Hosted by hardcore musician and life-long wrestling fan Damian Abraham (lead singer for the Canadian punk band Fucked Up), the series goes beyond the world of mainstream professional wrestling to dive into the vibrant, fascinating and bizarre subcultures in the wrestling universe around the world. From Lucha Libre in Mexico to the women's wrestling scene in Japan to voodoo wrestling in Congo and countless points between.