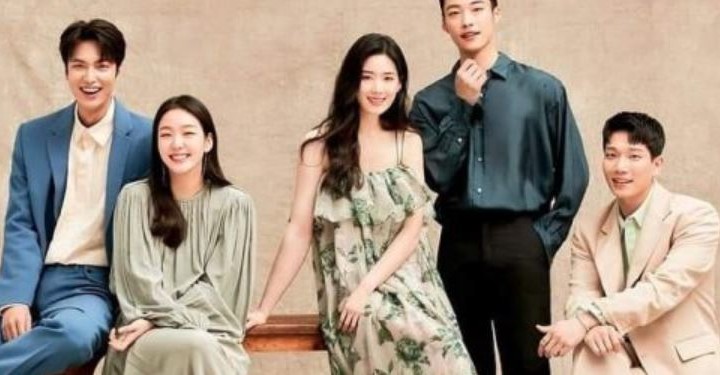 The King: Eternal Monarch is a Korean drama series. A present-day Korean emperor, Lee Gon, passes through a magical portal, entering a different world. In this new world, he meets the stubborn police detective Jung Tae-eul. He recognizes him on the identity card that he received at an important point in his life : the murder of his father. Lee Gon's uncle, who killed the former king (his father), is hiding and collecting troops while passing back and forth between the two parallel worlds.