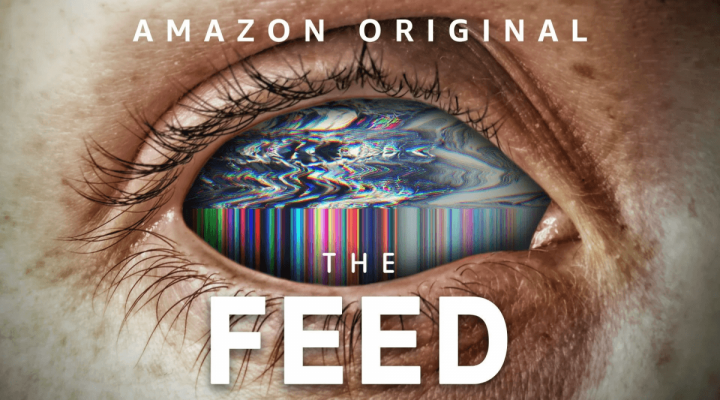 On November 22, 2019, Amazon Prime Video will premiere all 10 episodes of The Feed in the US, Canada and Latin America. Written and executive produced by Channing Powell (The Walking Dead) and based on the novel by Nick Clark Windo, The Feed is a thrilling exploration about our addiction to technology, our fear of what it's doing to our brains, and our terror of having to live without it.

In the near future, a high-tech implant connects our minds to "The Feed." Every interaction, emotion, and memory can be shared instantly. Tom (Guy Burnet) and Kate (Nina Toussaint-White) are a young couple trying to resist their addiction to tech. Tom's father, Lawrence (David Thewlis) invented "The Feed," and his mother Meredith (Michelle Fairley) is the CEO overseeing its daily operation. When strange and violent things begin to happen to its users, Tom must do all he can to protect his wife, Kate (Nina Toussaint-White) and baby daughter from his father's twisted creation. The Feed tells a very human story about survival, family, and the lengths that you would go to protect the ones you love.

The Feed is an Amazon Prime Original in the US, Canada and Latin America, is produced by Studio Lambert and Liberty Global, and is distributed by all3media International. The series is executive produced by Channing Powell, and Susan Hogg and Sara Murray for Studio Lambert. Directors for The Feed include Carl Tibbetts, Jill Robertson, Misha Manson Smith and Colin Teague. The series was written by Powell, Tom Moran, Rachel De-Lahay and Michael Clarkson.

The Feed will be available for Prime members in the US, Canada and Latin America to stream and enjoy using the Amazon Prime Video app for TVs, connected devices including Amazon Fire TV, and mobile devices, or online with other Amazon Original Series online at Amazon.com/originals, at no additional cost to their membership.