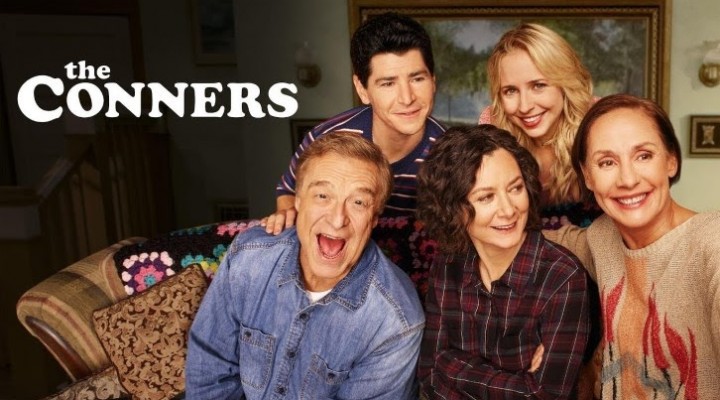 The Conners is NOT cancelled. However, it has not yet been renewed or cancelled for season 4

"The Conners", a spinoff of the groundbreaking family comedy "Roseanne," has been greenlit to series with an order of 10 episodes for fall 2018. After a sudden turn of events, the Conners are forced to face the daily struggles of life in Lanford in a way they never have before. This iconic family - Dan, Jackie, Darlene, Becky and D.J. - grapples with parenthood, dating, an unexpected pregnancy, financial pressures, aging and in-laws in working-class America. Through it all, the fights, the coupon cutting, the hand-me-downs, the breakdowns - with love, humor and perseverance, the family prevails. The series, featuring John Goodman ("Dan"), Laurie Metcalf ("Jackie"), Sara Gilbert ("Darlene"), Lecy Goranson ("Becky") and Michael Fishman ("D.J.") as their beloved Conner characters, is set to air Tuesdays (8:00-8:30 p.m.). Additional cast members and a premiere date will be announced later. Roseanne Barr will have no financial or creative involvement in the new series.

The ABC Television Network has ordered a second season of freshman hit comedy "The Conners," Karey Burke, president, ABC Entertainment, announced today. Ranking as television's No. 1 new comedy this season in Total Viewers (9.5 million) and Adults 18-49 (2.2/10), the self-starting ABC freshman led Tuesday's 8:00 p.m. half-hour in Adults 18-49 by 16% over its nearest competitor. During its first season, "The Conners" improved its time period by 33% in Total Viewers and by 22% in Adults 18-49, posting 5-year highs for ABC in the half-hour.

"We are proud to be continuing the story of the iconic Conners family," said Burke. "This team is fearless in their willingness to tackle contemporary issues with humor and heart, and I have no doubt they will continue to outdo themselves."

In "The Conners," this iconic family grapples with parenthood, divorce, dating, aging and financial pressures in working-class America. Through it all - the fights, the coupon cutting, the hand-me-downs, the breakdowns - with love, humor and perseverance, the family prevails. The spinoff has also received critical acclaim with The Daily Beast calling it "warm, hilarious and fun," and The New York Times declaring the new sitcom "special, deserving of a prime-time slot on television every week."