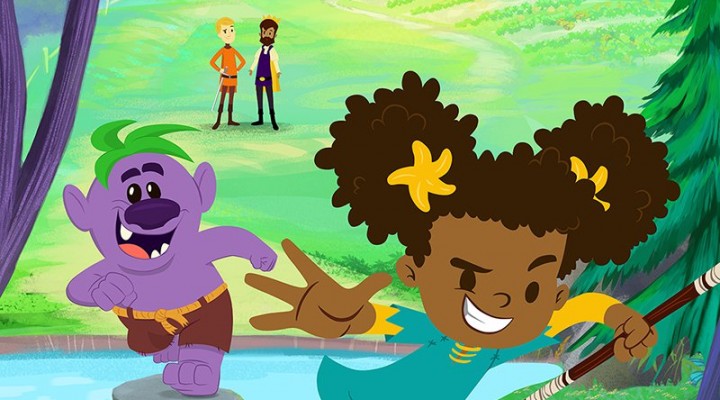 Following the inspiring and perseverant former pumpkin farmer, Sir Cedric, now grown and married to the prince of his dreams, The Bravest Knight recounts personal tales of his journey. Sir Cedric shares his story with his adopted 10-year-old daughter Nia, on how he transformed from day-time farmer to full-fledged knight. Nia, who is training to become a brave knight herself, learns important values such as honor, justice and compassion; proving that knighthood is much more than slaying dragons.