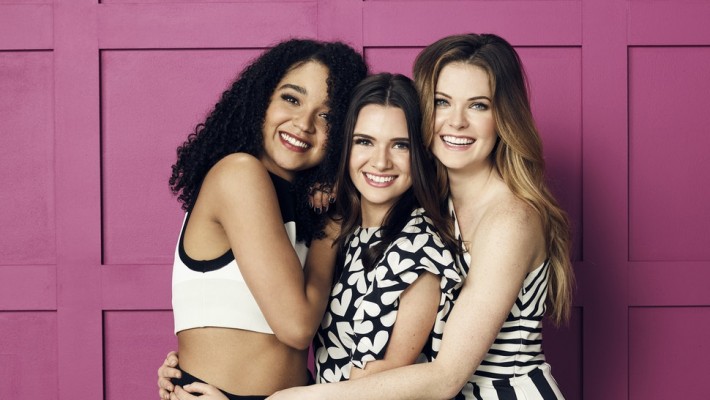 'THE BOLD TYPE' SCOOPS A FOURTH SEASON PICKUP FROM FREEFORM

Freeform announced today, as part of the Walt Disney Television Upfronts presentation, that it has picked up a fourth season of the brand-defining series "The Bold Type." Series stars Katie Stevens, Aisha Dee and Meghann Fahy celebrated with a toast of rosé while making the announcement today in New York. The topical dramedy will continue to highlight the real-world issues faced by the employees of Scarlet Magazine.

While on stage at Lincoln Center's David Geffen Hall, Aisha Dee, Meghann Fahy, and Katie Stevens said, "On 'The Bold Type,' we play characters who are determined to succeed in the New York fashion media business. We balance careers, friendship and love on the daily. But this show is so important to us and our fans because regardless of who you are, we are all just trying to navigate the mess of our lives. And we are so excited to be coming back for season 4! Here's to more bold stories, friendship and a whole lot of rosé."

The series also stars Melora Hardin, Sam Page, Matt Ward and Stephen Conrad Moore. For the upcoming season, Amanda Lasher passes the showrunner baton to Wendy Straker Hauser, who has been with the series since its first season. Matt McGuinness, David Bernad, Ruben Fleischer and Joanna Coles also serve as executive producers. "The Bold Type" is produced by Universal Television in association with Freeform and The District.

Inspired by the life of Joanna Coles, chief content officer of Hearst Magazines, "The Bold Type" provides a glimpse into the outrageous lives and loves of those responsible for the global women's magazine Scarlet. The rising generation of Scarlet women leans on one another as they find their own voices in a sea of intimidating leaders. Together they explore sexuality, identity, love and fashion.