Welcome to the cancel/renew scorecard for Sweetbitter TV show.
This is the most up-to-date place to find out whether Sweetbitter is cancelled or renewed. Is there Sweetbitter Season 3? Will there be a Season 3 of Sweetbitter? Get the latest Sweetbitter cancellation/renewal status below. 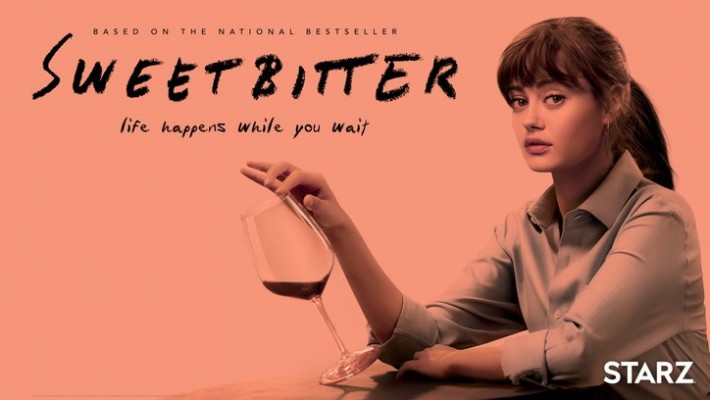 What comes after being new? Tess (Ella Purnell) has the job, and she's ready to invest in it. She's all in, but soon realizes she won't survive at the restaurant if she doesn't play the game. Tess finds her appetite awakened. She's starving for knowledge but investing in this life means more than knowing the difference between wine from Bordeaux and Burgundy. Tess discovers that knowledge alone is not enough: she needs to be able to use it, to move from her head to her body. She needs experience.

Tess's appetite carries her through a sexual awakening, a discovery of her voice, and, ultimately, a recognition of her own power. However, not everyone shares this hunger. Simone, Jake and Howard are all trapped, by both the restaurant and each other, leaving Tess to question what she wants from the restaurant, and what it wants from her.

In addition to Purnell, "Sweetbitter" stars Caitlin FitzGerald ("Masters of Sex"), Tom Sturridge ("The Hollow Crown"), Paul Sparks ("The Girlfriend Experience"), Evan Jonigkeit (X Men: Days of Future Past), Eden Epstein ("In Between Men"), Jasmine Mathews ("Blue Bloods"), and Daniyar ("Claws"). Stuart Zicherman ("The Americans") returns as showrunner and executive producer along with Stephanie Danler, author of the bestselling novel of the same name, as creator and executive producer. Plan B also executive produces the series.

"Sweetbitter" tells the story of Tess (Ella Purnell), a 22-year-old who arrives in New York City ready to pursue a new life. When she finds herself interviewing for a position at one of the best restaurants in the city, she thinks she's found a steady income and a safe place to wait. But Tess is quickly intoxicated by the chaotic, adrenalized world behind-the-scenes, tasting expensive wine, exploring dive bars, and learning who she can trust. "Sweetbitter" illuminates the sensory journey of developing a palate. How the sweet, sour, salt, bitter, and umami threaten, complement and ultimately need each other so that we can learn to taste. "Sweetbitter" is a show about the life that happens to you while you're waiting. "Sweetbitter" is adapted from the best-selling novel of the same name by series creator Stephanie Danler who serves as executive producer and writer on the series. She is joined as an executive producer by Stu Zicherman ("The Americans," "The Affair," "Six Degrees") who also serves as showrunner and director of the finale episode and Richard Shepard (The Matador, Dom Hemingway, "Girls," "Criminal Minds," Ugly Betty") who directed the series premiere episode. Plan B Entertainment's Dede Gardner, Jeremy Kleiner and Sarah Esberg also executive produce the series.