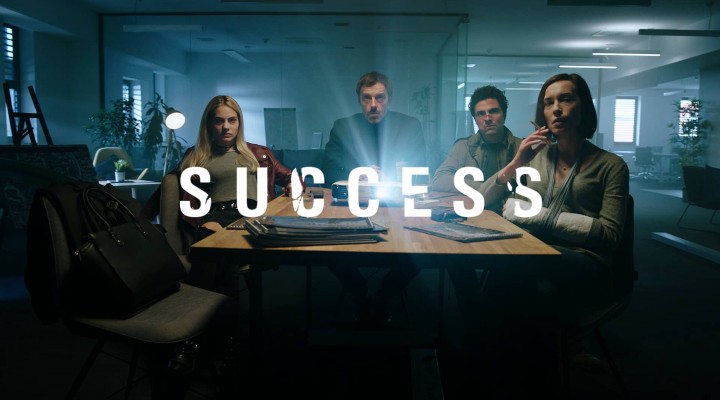 New York, NY (June 5, 2019) - Success, HBO(R) Europe's first series from Croatia, debuts on HBO NOW(R), HBO GO(R), HBO On Demand and partners' streaming platforms on June 5th. Directed by Academy Award(R) winning filmmaker Danis Tanovic (No Man's Land), the six-part drama offers a dark insight into the workings of contemporary society through the stories of regular people who have been pushed over the edge by that same community.

Success is centered on four people: Vinka (Iva Mihalic) - a middle-class bank clerk, Haris (Uliks Fehmiu) - a successful architect, Blanka (Tara Thaller) - a troubled teenage girl, and Kiki (Toni Gojanovic) - about to lose his apartment because he is unemployed. These complete strangers cross paths when they stumble upon the aftermath of a violent incident, forcing them to work together to resolve the matter or deal with the consequences - all while trying to overcome their personal struggles.

Created and written by Marjan Alcevski, the series was selected as one of the winning projects of HBO Adria's First Draft screenwriting contest. The story explores feelings of frustration, helplessness and passivity through the prism of love, work, family, loyalty, insecurity and crime.

The lives of four seemingly unrelated people collide in a violent incident. Blanka is a high school student with an abusive father and boyfriend. Unemployed young graphic designer Kiki is about to lose his apartment because he can't afford the mortgage, jeopardizing his sick little boy's health. Vinka is a middle-class bank employee in denial over her failing marriage - but her life is shattered when she is attacked for no apparent reason. Haris is an architect leading a big but risky construction project for shady businessman Kralj, when he suddenly undergoes a crisis of conscience over his role in a corrupt system. Fate brings them together, and someone is going to die for it.

After the incident, the four agree never to meet again, hoping the truth about the crime will remain a secret. But once they realize both the determined inspector Kalic and violent mobster Danilo are asking too many questions, they are forced to reunite.

The plan to help Blanka backfires, and she is forced to promise Danilo that she will give him the answers he needs. The group manages to mislead both Danilo and Kalic, and for a moment it seems they are off the hook.

By not covering their tracks, the group find themselves on Kalic's radar, but also get attention from Kralj, Haris's biggest client, who only wants to protect his financial interests in Zagreb's construction business. To save the rest, one of the four will have to take the fall.

Kralj is protecting the group now, and when Kalic resists this, she gets suspended. Blanka is frustrated and tries to find answers for herself. Kiki finds himself blackmailed by Kralj, who won't take no for an answer.

Kalic believes she has Kralj cornered, especially after the group decides to tell her what they know. Haris pretends to go along with Kralj's business triumph, but in the end they must all look for ways to fight back once and for all.