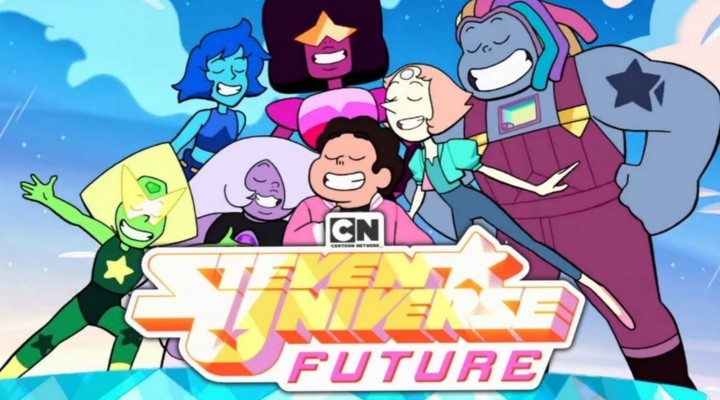 Steven Universe The Future: “Future is extremely meaningful to me because it’s a story we can only tell now, after the events of the original show, and the events of the movie. This limited series is, for many of us who have been with the crew since the very beginning, our chance to reflect and to give the last few pieces of the puzzle we’ve been designing since 2012. But it’s also our chance to look forward, to work with new artists and writers and feature their voices within the Steven Universe universe. I’m so grateful to the team that came together on Future, and so excited for the world to see what’s next for Steven Universe.” -- Creator Rebecca Sugar says. “

Steven Universe is about the misadventures of a boy named Steven, the ultimate “little brother” to a team of magical guardians of humanity- the Crystal Gems. Steven may not be as powerful as the Crystal Gems, or as savvy, and he doesn’t have much control over his powers, which originate from the gem in his bellybutton. But that doesn’t stop him from joining Garnet, Amethyst and Pearl on their magical adventures and somehow finding a way to save the day.

Steven (voiced by Zach Callison) is an energetic, lovable, half-Gem of a boy who is still trying to figure out his powers to become the true hero he is destined to be. With one foot in the human world and another in a magic world, sometimes his mortal quirks disrupt Gem missions and Gem magic can crash into his everyday life. But no matter what happens in a day, Steven has a smile on his face, a ukulele in his hand and a joke to crack.

The Crystal Gems, the self-appointed guardians of the universe, are as much a family as they are a team. Garnet (voiced by R&B singer-songwriter Estelle) is the mysterious and powerful leader, Pearl (voiced by Deedee Magno Hall) is the perfectionist who craves structure and logic and Amethyst (voiced by Michaela Dietz) is the prankster and loose cannon of the group.