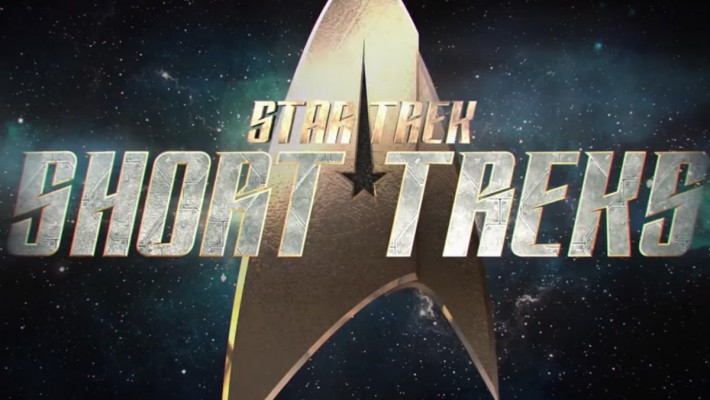 SAN DIEGO, Calif. - July 20, 2019 - Today at San Diego Comic-Con, "Star Trek" fans were the first to learn the latest news behind the highly anticipated third season of STAR TREK: DISCOVERY and the next installments of STAR TREK: SHORT TREKS during the "Star Trek" Universe Hall H panel with cast and executive producers.

The panel kicked off with STAR TREK: DISCOVERY's Sonequa Martin-Green revealing that season three of the CBS All Access original series just began principal photography in Iceland earlier this month. Actor David Ajala, who joins the season three cast as a brand new character, Cleveland Booker, a.k.a. Book, also made his "Star Trek" debut on the panel. Smart and capable, Book has a natural charisma and devil-may-care attitude that tends to get him into trouble as often as it gets him out.

Kurtzman also surprised the audience by bringing STAR TREK: DISCOVERY season two favorites Ethan Peck (Spock) and Rebecca Romijn (Number One) on stage to announce that they, along with Captain Christopher Pike, played by Anson Mount, will be returning to the "Star Trek" franchise with three U.S.S. Enterprise-focused STAR TREK: SHORT TREKS. Kurtzman, Peck and Romijn debuted a trailer for the upcoming STAR TREK: SHORT TREKS which revealed the titles for the six upcoming new shorts: "Ask Not," "Q&A," "The Trouble with Edward," "The Girl Who Made the Stars," "Ephaim and Dot" and "Children of Mars."