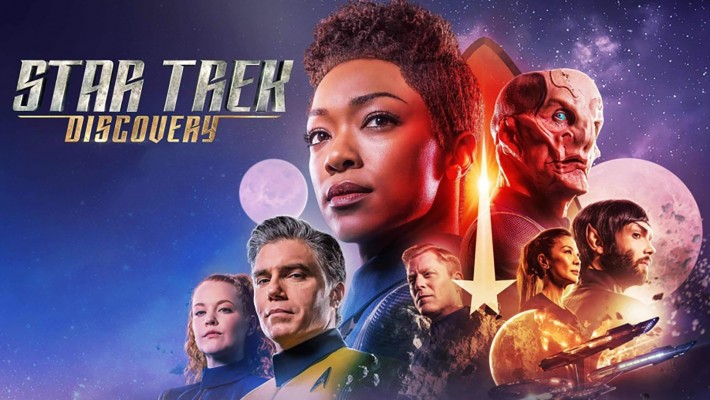 STAR TREK: DISCOVERY follows the voyages of Starfleet on their missions to discover new worlds and new life forms, and one Starfleet officer who must learn that to truly understand all things alien, you must first understand yourself. Seasons one and two are now available to stream on CBS All Access for subscribers in the U.S., and is distributed concurrently by CBS Studios International on Netflix in 188 countries and in Canada on Bell Media's Space channel and OTT service Crave.

In addition to his role as showrunner of STAR TREK: DISCOVERY, Kurtzman will continue to oversee the expansion of the growing "Star Trek" universe for CBS Studios. "Michelle joined us midway through season two and energized the room with her ferocious knowledge of 'Trek,'" said Alex Kurtzman. "Her grasp of character and story detail, her drive and her focus have already become essential in ensuring the 'Trek' legacy, and her fresh perspective always keeps us looking forward. I'm proud to say Michelle and I are officially running STAR TREK: DISCOVERY together."

"The massive success of STAR TREK: DISCOVERY's second season launch exceeded our expectations in both driving subscriber growth and generating a phenomenal response from 'Star Trek' fans," said Julie McNamara, Executive Vice President, Original Content, CBS All Access. "With Alex Kurtzman and Michelle Paradise at the helm, we look forward to continuing STAR TREK: DISCOVERY's journey, growing the 'Star Trek' franchise on CBS All Access and bringing fans new 'Star Trek' stories for many years to come." Prior to serving as co-executive producer on STAR TREK: DISCOVERY's second season, Michelle Paradise was co-executive producer on the television series "The Originals" on The CW.

She also wrote for the series "Rogue" on the Audience network and The CW's "Hart of Dixie." Additionally, Paradise created, wrote and starred in the MTV/Logo series "Exes & Ohs." After answering a distress signal from the U.S.S. Enterprise, season two of STAR TREK: DISCOVERY finds the crew of the U.S.S. Discovery joining forces with Captain Christopher Pike on a new mission to investigate seven mysterious red signals and the appearance of an unknown being called the Red Angel. While the crew must work together to unravel their meaning and origin, Michael Burnham is forced to face her past with the return of her estranged brother, Spock.