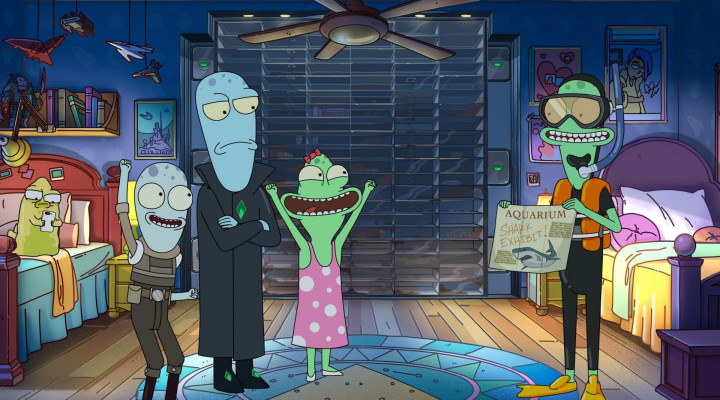 The series returns for a season 2 with eight episodes on Friday, March 26th 2021.

Solar Opposites features a team of aliens who escape their exploding world but end up crashing into a home in the suburbs. They are not sure if Earth is horrible or great. Korvo and Yumyulack only see the pollution, and consumerism, but Terry and Jesse love humanity and its TVs, junk food and other fun things. Their mission: protect the Pupa, a living mega-computer that will one day evolve into its true form, consume them and terraform the Earth. In season 2, the Solar Opposites series make the storyline even bigger, funnier, and more opposite than ever before.