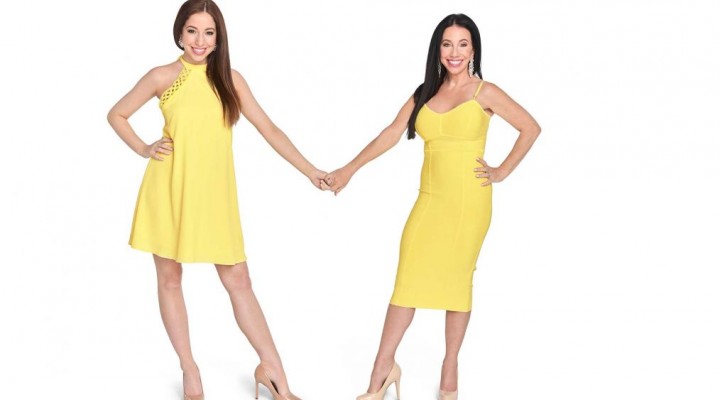 "At TLC, we love showcasing heartwarming families and extreme relationships like viewers have never seen, and our mother/daughter duos in sMothered are unbelievably dynamic," said Howard Lee, President and General Manager of TLC. "We can't wait to introduce these inseparable, obsessed, loving pairs to our loyal TLC fans as they share some of the most challenging and exciting moments in their lives."

These women are a constant presence in each other's lives, but that's just the tip of the iceberg. They do everything together - from dressing in matching outfits, to getting plastic surgery and injections, to sharing the same bath water and even sleeping in the same bed!

Every mother/daughter pair prioritizes their unique relationship above all else, often causing rifts between their siblings and significant others. But, the ladies' lives begin to change as they experience various life events, like boyfriends, pregnancy and moving out on their own, and maintaining the same level of closeness may prove impossible. Faced with the reality that their tighter-than-tight relationships could be pulled apart at the seams, these women are determined to find a way to remain attached at the hip.

sMOTHERED offers viewers a chance to relish in third-wheel envy as they get to know, and grow to love, these vivacious twosomes, and explore their uncanny, but undeniable, bonds.

Dawn and Cher are more like twins than mother and daughter. They look, speak and act alike, and they both married Jewish doctors in their early twenties! Their relationship is put to the ultimate test when Cher admits that she has been keeping a huge secret from her mom, forcing Dawn to reevaluate her place in her daughter's life.

Not only do Sunhe and Angelica sleep in the same bed, but they often share the same bath water! Sunhe has never lived without her daughter, and her life is sent into a tailspin when Angelica wants to take things with her boyfriend to the next level.

Kathy is a constant presence in Cristina's life and often acts as a co-parent to her grandchildren; however, Cristina's husband and in-laws feel that Kathy is overstepping her boundaries, thus igniting a family feud.

Sandra and Mariah are BFFs who do everything together, including partying and double dating. Mariah's desire for her mother to have more fun in life causes Sandra to push the limits of traditional mom behavior.

sMothered is produced by Bodega Pictures in association with the New York Post Entertainment for TLC.