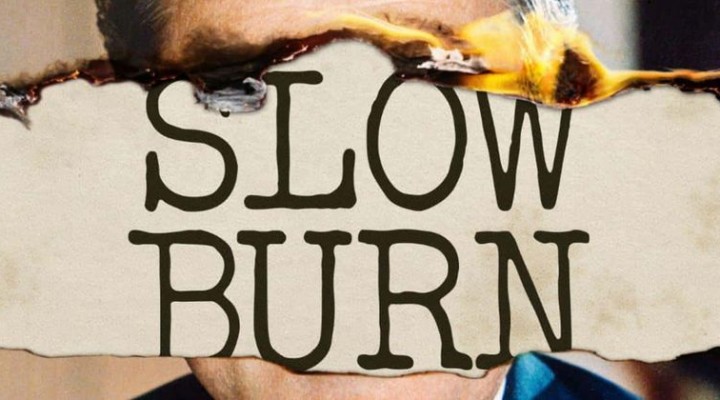 New York, NY - November 20, 2019 - Premium network EPIX(R) has announced that Slow Burn, the six-episode docuseries based on the hit podcast of the same name, will premiere Sunday, February 16, 2020 at 10pm.

Expanding on the podcast's first season, Leon Neyfakh will look back on the Watergate crisis, excavating the strange subplots and forgotten characters involved in the downfall of a president -- and flashing back to politically tumultuous times not so far removed from today. Slow Burn, winner of Best Podcast at the first iHeartRadio Podcast Awards, is produced by Slate. The docuseries will be produced in partnership between Left/Right, a Red Arrow Studios company, and Slate.

Slow Burn is executive produced by Leon Neyfakh, along with Ken Druckerman, Banks Tarver and John Marks for Left/Right and Dan Check, Julia Turner and Gabriel Roth for Slate.

Neyfakh started his reporting career at the New York Observer before joining The Boston Globe as the staff writer for the Ideas section covering the world of academia. At Slate, he reported on the criminal justice system and the Justice Department before co-creating Slow Burn with Andrew Parsons. Most recently, Neyfakh launched an independent podcast studio, Prologue Projects, and this spring will launch a new podcast series entitled Fiasco. The first season focused on the 2000 election, and the second - coming in early 2020 - will tell the story of the Iran-Contra affair. Neyfakh is the author of The Next Next Level, a critically-acclaimed blend of memoir and reporting about choosing between the life of an artist and the stability of a nine-to-five job.