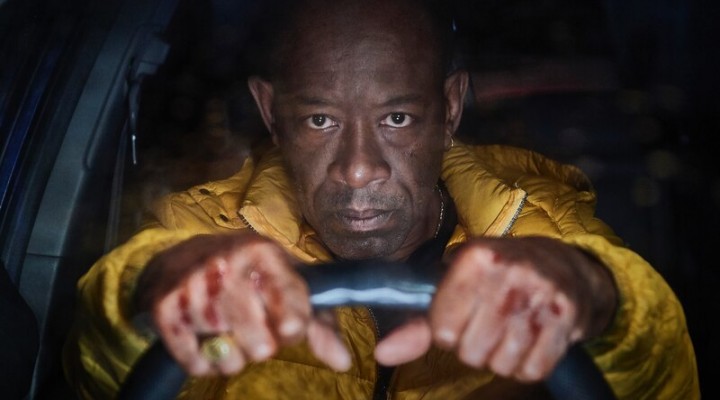 The season 2 of "Save Me" premieres on Peacock on Thursday, November 5, 2020. The new season is called "Save Me Too"

On a tireless quest to find his missing daughter Jody, Nelly will go to any length to uncover the truth and he’ll discover more about himself and those around him than he could have ever imagined.

At the end of series one, which achieved an army of fans and became the most rapidly binged boxset in the broadcaster’s history, Nelly is left devastated when his desperate search for his daughter Jody is unsuccessful. To find Jody he has been dragged into a dark underworld, taken risks dangerous to himself and those closest to him, and challenged him to re-evaluate many of the decisions he has made about his life.

In the next gripping chapter of his quest we re-join Nelly seventeen months later. Is he still looking for his daughter? What hope is there of finding her? And if new evidence were to emerge what would it force Nelly to do next?

Showcasing bold, British drama at its finest, Save Me Too, produced by award-winning World Productions (Line of Duty, Bodyguard) will see Lesley Manville (Mum, Harlots) join the all-star cast as Jennifer Charles, the wife of Gideon (Adrian Edmondson). Jennifer is forced to make an almost impossible choice that will place her in direct conflict with Nelly, following the return of the vulnerable girl, Grace (Olive Gray), whom Nelly rescued whilst searching for Jody.

Suranne Jones returns as Jody's mum Claire who faces the dire possibilities of her daughter’s fate and Stephen Graham is back as Melon, who is attempting to start a new life with Bernie (Alice Feetham). Also returning are; Thomas Coombes (Goz), Kerry Godliman (Teens), Nadine Marshall (D.I O'Halloran), Susan Lynch (Stace) and Jason Flemyng (Tam), all contributing to the vibrant community that viewers came to know and love in the first series, which is currently available to watch on demand on Sky and streaming service NOW TV.

Save Me Too was commissioned by Zai Bennett, Sky’s Managing Director of Content and Cameron Roach, Director of Drama, Sky Studios with Kara Manley as the executive producer for Sky. The series is produced by World Productions and the executive producers are Lennie James, Simon Heath for World Productions and Jessica Sykes for Independent Talent Group. Lizzie Rusbridger is producer and Jim Loach and Coky Giedroyc are directors.

Save Me Too will air on Sky Atlantic and Now TV in 2020 and is the latest title in a string of recent commissions as Sky continues to invest in original content. Sky has recently committed to more than double its investment in original drama, comedy and documentary through Sky Studios, the commissioning and production arm of Sky. Sky Studios brings to screen unique stories from the very best talent in Europe and is the creative home of Sky’s award-winning and much-loved Sky originals.

Sky originals current roster includes a second series of Jez Butterworth’s Britannia, COBRA starring Robert Carlyle as the Prime Minister and The Third Day starring Jude Law and Naomie Harris. 2019 has been a record year for Sky originals with 10-time Emmy-winning Chernobyl becoming the most watched original ever with over 4 million viewers of the season finale. And away from the screen, Sky secured a record BAFTA haul with seven awards.

International distribution is being led by NBCUniversal Global Distribution.