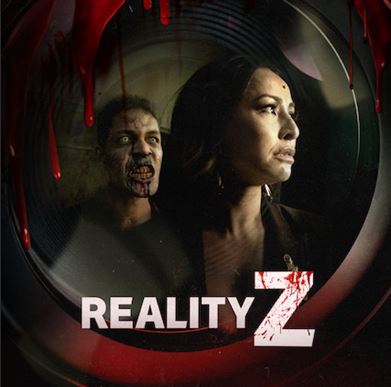 Reality Z shows both horror and humor in a new 10-episode zombie apocalypse. The series features participants of a reality show called Olympus that are being locked in during the zombie apocalypse. The production building becomes a safe zone in a city embattled by zombies. Reality Z is a TV series directed by the award-winning Brazilian director Cláudio Torres and based on the British horror miniseries Dead Set.