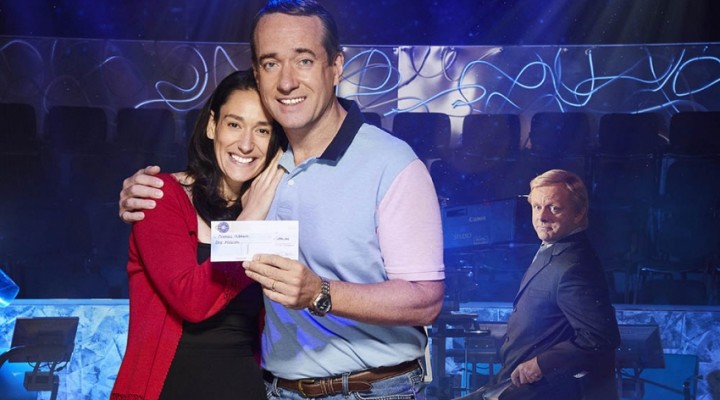 A three-part drama directed by the globally renowned Stephen Frears (A Very English Scandal, Florence Foster Jenkins, Philomena, The Queen) and written by playwright James Graham (Brexit: An Uncivil War, Ink, This House, Labour of Love), Quiz tells the extraordinary and sensational story of how Charles and Diana Ingram attempted an 'audacious heist' on the quiz show Who Wants to Be a Millionaire? Major Ingram (Matthew Macfadyen), his wife Diana (Sian Clifford) and an accomplice, Tecwen Whittock (Michael Jibson), who was sitting in the audience, were accused of cheating their way to a million pounds on what was the most popular game show on earth in 2001. The couple stood trial for conspiring by coughing during the recording to signify the correct answers to the multiple-choice questions posed to the Major by host, Chris Tarrant (Michael Sheen). Quiz is a Left Bank Pictures co-production for ITV and AMC and is distributed by Sony Pictures Television, which also owns and distributes Who Wants To Be A Millionaire? worldwide. Produced by Alice Pearse (Origin, Gregor), and executive produced by Dan Winch (A Very English Scandal, Broadchurch), William Village, James Graham, Stephen Frears and Left Bank CEO, Andy Harries.