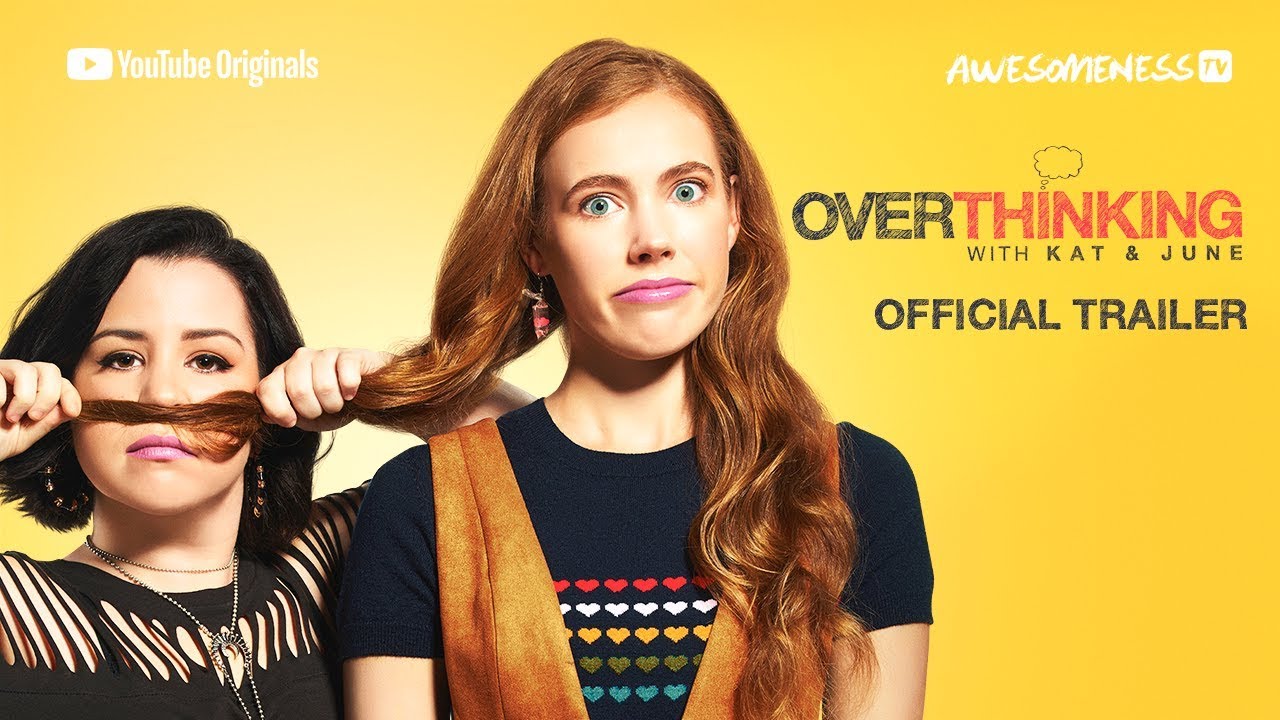 From YouTube Originals and AwesomenessTV comes the official trailer for 'Overthinking with Kat and June,' a new female led comedy coming to YouTube Premium on December 19. The half hour comedy series will focus on the inner thoughts of two women as they form a strange but beautiful friendship.

The hopes, dreams, and fears (mostly fears) of Kat & June's inner lives are heard out loud in this comedic series about the birth of a female friendship. Tenea Intriago ("Law & Order: SVU") has been cast as Kat, Alexia Dox ("Quick Draw") as June. Rounding out the cast is Justin Kirk ("Weeds") as David, Sasheer Zamata ("Saturday Night Live") as Tiff, Emily Hinkler ("The Good Doctor") as Tessa, and Elizabeth Hinkler ("The Good Doctor") as Molly. 'Overthinking with Kat & June' is created by Mackenzie Yeager ("Girl Meets World," Hulu's "All Night").