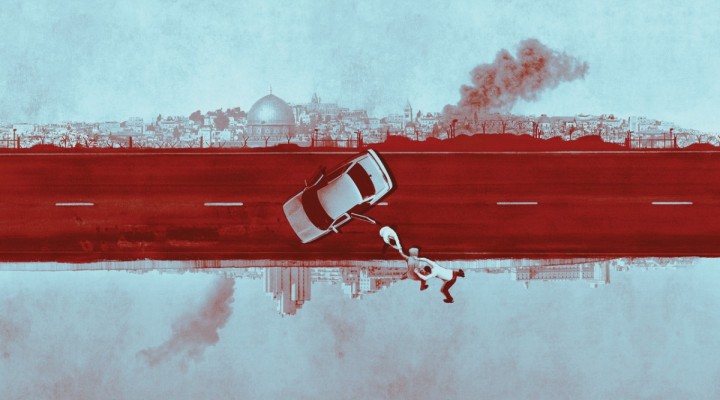 The show will also be available on HBO NOW, HBO GO, HBO On Demand and partners' streaming platforms.

In the summer of 2014, three Jewish teenagers are kidnapped and murdered by Hamas militants. Israel is shocked, shaken and furious. Two days later, the burned body of a Palestinian teenager from eastern Jerusalem is found in a forest on the western outskirts of the city. In the ensuing days, an agent from the internal terror division of the Shin Bet (Israel Security Agency) investigates the murder, while the parents of the slain teenager begin their long and anguished journey toward justice and consolation.

OUR BOYS, an HBO-Keshet Studios co-production, was filmed in Israel and is based on the true events which led to the outbreak of war in Gaza. The series follows the investigation of Mohammed Abu Khdeir's murder. It tells the story of all those involved, Jews and Arabs alike, whose lives were forever changed by these events.

Season premiere. On June 12, 2014, the disappearance of three Jewish boys in Israel sends shockwaves across the nation. Simon (Shlomi Elkabetz), a terrorism agent at the Jewish Division of Shin Bet (Israel Security Agency) and his team search for answers. Arab teen Mohammed (Ram Masarweh) lands in a dangerous environment while Jewish teen Avishai (Adam Gabay) finds himself at a crossroads.

In the wake of their son's disappearance, Hussein (Jony Arbid) and Suha (Ruba Blal Asfour) face pressure from the police as they search for answers. Simon (Shlomi Elkabetz) and Mike (Tzahi Grad) disagree on their theories about the murder and a new angle arises when a rumor leaks to the public.

Simon (Shlomi Elkabetz) meets with Mohammed's family to probe for details about his life. Hussein (Jony Arbid) and Suha (Ruba Blal Asfour) find their neighborhood in the midst of a riot, while misinformation spreads across the internet.

With the Jerusalem deputy DA looking over their shoulders, Simon (Shlomi Elkabetz) and his team focus their investigation on Israeli persons of interest as Mohammed's family remain overwhelmed by the fervor surrounding their son's death.