Home | Shows | On Tour With Asperger’s Are Us 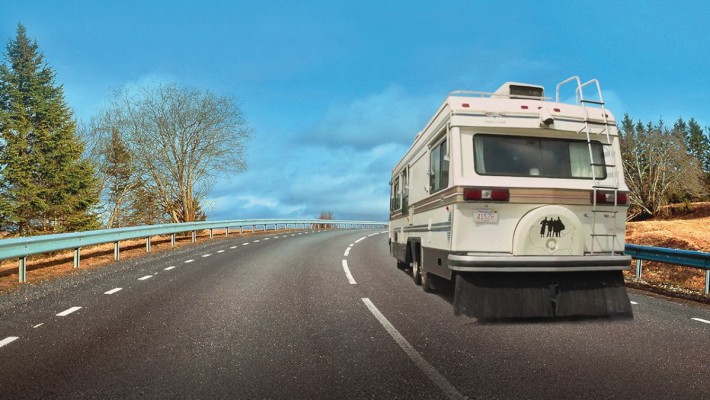 On Tour With Asperger’s Are Us Series Information:

From executive producers Mark and Jay Duplass (Room 104, Togetherness), On Tour With Asperger’s Are Us is a six-part, half-hour documentary series that follows Asperger’s Are Us, a four-man comedy troupe of friends with Asperger syndrome, as they set out on their most ambitious tour yet. Members Noah Britton, Ethan Finlan, Jack Hanke and New Michael Ingemi hit the road for a six-week, multi-city journey from Boston to Los Angeles, that will test their understanding of friendship, comedy and carburetors.

Since 2010, the sketch-comedy troupe Asperger’s Are Us has performed more than 100 shows in nine countries. Now, they’re hitting the road for their first cross-country tour, crammed into a relic of an RV that’s on the verge of collapse.

Meeting more than a decade ago at a camp for kids on the autism spectrum, Britton (a counselor at the time), Finlan, Hanke and Ingemi formed Asperger’s Are Us, performing shows that feature original absurdist sketches and conducting post-performance Q&As, where they speak about their experiences as comedians on the autism spectrum.

Challenging themselves to leave their comfort zones, Noah, Ethan, Jack and New Michael embark on their most ambitious venture yet: a six-week, multi-city journey from Boston to Los Angeles, along the way sharing their unique perspectives on life as an “Aspie” and the community they’ve found in performing together as a comedy troupe. As they travel in an old RV that often leaves them stranded, the four endure highs and lows, playing for alternately enthusiastic audiences and nearly empty houses.

This intimate, humorous series is an underdog story that features a group of talented and funny performers who embrace shared challenges while working toward one overarching goal: to make people laugh.

On Tour With Asperger’s Are Us release dates 2020.