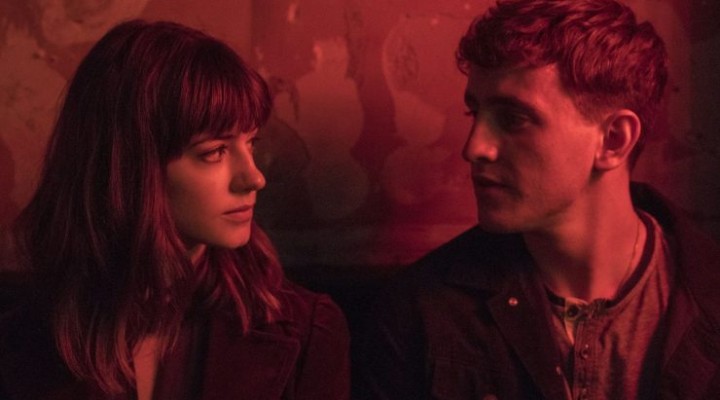 Normal People tracks the tender but complicated relationship of Marianne and Connell from the end of their school days in small-town west of Ireland to their undergraduate years at Trinity College. At school, he's well-liked and popular, while she's lonely, proud and intimidating. But when Connell comes to pick up his mother from her cleaning job at Marianne's house, a strange and indelible connection grows between the two teenagers - one they are determined to conceal. A year later, they're both studying in Dublin and Marianne has found her feet in a new social world but Connell hangs at the side lines, shy and uncertain.

The series stars Daisy Edgar-Jones (War of the Worlds, Cold Feet) as Marianne, and Paul Mescal, in his first television role, as Connell.

Adapted by Sally Rooney alongside writers Alice Birch and Mark O'Rowe, Normal People is a 12-episode 30-minute drama series. Normal People is an Element Pictures production (THE FAVOURITE, THE LOBSTER, Dublin Murders) for Hulu and BBC Three. The series is executive produced by Ed Guiney (THE FAVOURITE, THE LOBSTER, Dublin Murders), Andrew Lowe (THE FAVOURITE, ROOM, THE LOBSTER), Emma Norton (ROSIE, A DATE FOR MAD MARY), and Anna Ferguson (No Offense, Prisoners' Wives) for Element Pictures. Sally Rooney and Lenny Abrahamson will also serve as executive producers. Endeavour Content will serve as the international distributor.