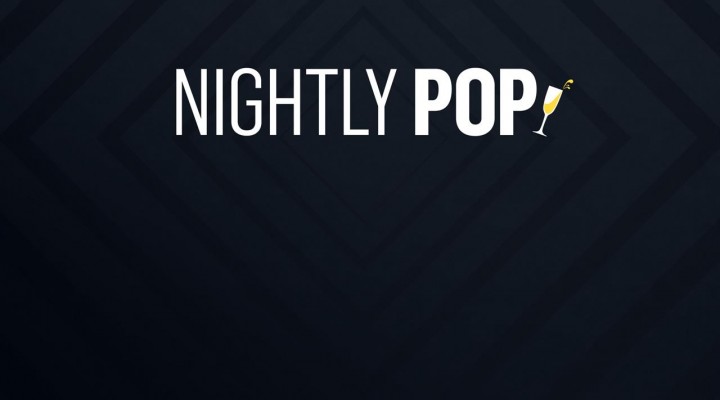 E! brings its topical, unfiltered pop culture format to late night with its newest series, "Nightly Pop" premiering on Monday, October 29th at 10:30pm ET/PT. Following "Busy Tonight," airing at 10pm, "Nightly Pop" will deliver quick-witted, unexpected and relatable commentary centered around the biggest pop culture stories of the week, hosted by E! personalities Morgan Stewart and Nina Parker, along with social influencer Hunter March. The half hour-long weekly series will be Monday night's candid breakdown of the most talked about entertainment news stories. Additionally, Nina Parker, who has guest hosted E!'s "Daily Pop" and "Live from E!" over the last several months, has officially joined the "E! News" team as a correspondent working across all platforms.
"As our audience's appetite for entertainment grows, the addition of 'Nightly Pop' will provide our viewers a weekly dose of primetime pop culture commentary that offers a new perspective in late night with 'E! News'," said John Najarian, executive VP and GM of "E! News" and Digital. "By further expanding our programming, 'E! News' continues to elevate and solidify its position as the leading entertainment pop culture news among our competitors."
MEET THE "NIGHTLY POP" CO-HOSTS
Morgan Stewart
This vivacious co-host of E!'s "Daily Pop" is also featured on a variety of the network's multi-platform programming including co-hosting the Snapchat series "What the Fashion," which humorously breaks down the most recent celebrity fashion trends every Thursday on Snapchat Discover; #NecessaryRealness on Instagram every Monday, offering her unfiltered commentary on the top trends and stories in entertainment. You can also see her on E!'s award winning Red Carpet coverage across the Oscars, Golden Globes, Grammys, and Emmys.
Nina Parker
The effervescent and talented Parker is the latest addition to the team as an "E! News" correspondent featured across all platforms. Parker began her career working at a local NBC news affiliate in San Francisco, prior to Los Angeles where she assisted with the growth of TMZ, serving as talent, producer, and weekend manager of the website turned television show. Following, Nina joined as an entertainment news correspondent for The Insider on CBS in 2011. She was essential in breaking stories on celebrities like Whitney Houston, Beyonce, Madonna, and Nicki Minaj. She has served as the host of VH1's top rated franchise: "The Love and Hip Hop Reunions," and has also made numerous television appearances as a pop culture expert on popular shows such as "The Wendy Williams" show and "The Talk." Nina was also a contributor and fill in host for "Access Live" on NBC.
Hunter March
This entertaining host is a published author, writer, producer. Currently, Hunter hosts Netflix's latest hit competition show "Sugar Rush" which pits best in class bakers against one another. Prior to "Sugar Rush," Hunter served as the witty host of the comedic gameshow "Emogenius" for GSN. He began his career at AwesomenessTV as a coffee-fetching intern, became a producer three days later, and over the course of his time there, became the face of the channel with nearly five million subscribers.