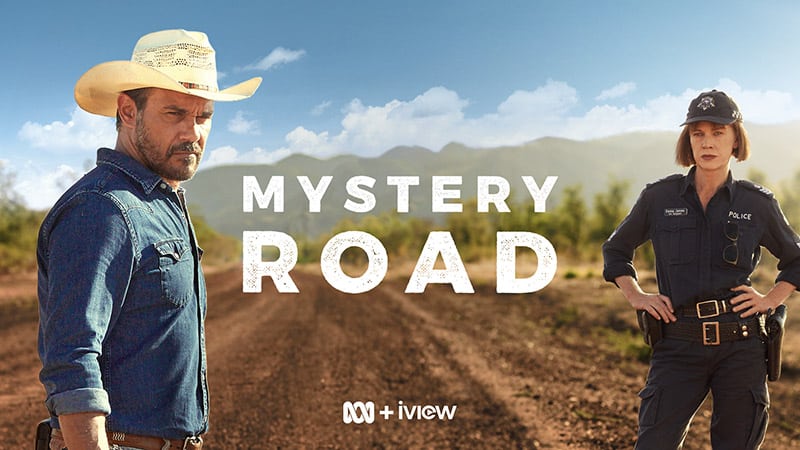 Filmed in the East Kimberley region of Western Australia, Aaron Pedersen and Judy Davis star in Mystery Road - The Series a six part spin-off from Ivan Sen's internationally acclaimed and award winning feature films Mystery Road and Goldstone. Joining Pedersen and Davis is a stellar ensemble cast including Deborah Mailman, Wayne Blair, Anthony Hayes, Ernie Dingo, John Waters, Madeleine Madden, Kris McQuade, Meyne Wyatt, Tasia Zalar and Ningali Lawford-Wolf.
When there is a mysterious disappearance on an outback cattle station, Detective Jay Swan is assigned to investigate. Working with local cop Emma James, Jay’s investigation uncovers a past injustice that threatens the fabric of the whole community.
When Indigenous detective Jay Swan arrives in the remote town of Patterson to investigate a mysterious disappearance from an outback cattle station, he thinks it will be an easy three day job. But it soon becomes clear that this is not a simple case. Not only does the missing local Indigenous teenager Marley know the country, but he would have stayed with his vehicle. It also appears there may have been force. But by who? And why?
Jay now has to work with smart, tough local cop Emma James. Born to a wealthy pastoral family and proud of her pioneering history, Emma’s life is embedded in the town. But Emma has her own secrets — bound up in the history of the town. Jay is also saddled by the arrival of his daughter Crystal, who’s run away from her own trouble at home.
When it becomes apparent that Marley was not alone, and that another farm hand is also missing, Jay’s focus turns to the cattle station owner Tony Ballantyne. When it is revealed that Tony is Emma’s brother and that the land where the boys went missing belongs to the family, Jay wonders why she didn't tell him that up front. Did the boys stumble on something? Is Emma covering for her brother? When everyone knows everyone, anyone could be a suspect… including Emma.