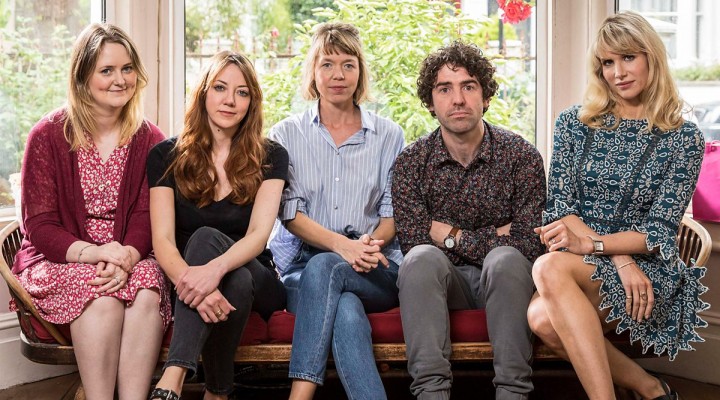 Making the second series of Motherland was even more therapeutic than the first. We gratefully accept Shane Allen’s offer of further treatment courtesy of the BBC.

Starring Anna Maxwell Martin (Line Of Duty), Diane Morgan (Cunk On Britain), Lucy Punch (A Series Of Unfortunate Events), Paul Ready (Bodyguard), Philippa Dunne (Derry Girls) and Tanya Moodie (Enterprice), Motherland doesn’t linger on the instagrammable side of parenting. Instead it revels in the unromantic side, navigating the trials and traumas of juggling careers and childcare, being caught in your pyjamas 'working from home', half-term holidays and non-competitive sports days.

Shane Allen, Controller, Comedy Commissioning, says: “The sheer amount of top of their game comedy brains both in front and behind camera in one show is staggering. Series two has the sharpest and paciest writing which places our relentlessly inept ensemble in to ever inventive heights of degradation, we want more and we want it as soon as possible. This is a show that will run for as long as the team are able to keep making it and is the easiest commissioning decision this side of renewing Coronation Street.”

Sharon Horgan says: "Making the second series of Motherland was even more therapeutic than the first. We gratefully accept Shane Allen’s offer of further treatment courtesy of the BBC."

Commissioned by Shane Allen, Controller, Comedy Commissioning and Patrick Holland, Controller, BBC Two. The Executive Producers for Merman are Clelia Mountford and Sharon Horgan, with Richard Boden for Delightful and Holly Walsh. The Commissioning Editor for the BBC is Alex Moody.

Motherland series two begins on BBC Two on Monday 7 October at 10pm. The full series will be available to watch on immediately afterwards BBC iPlayer.

Transmission information for Motherland series three will be announced in due course.