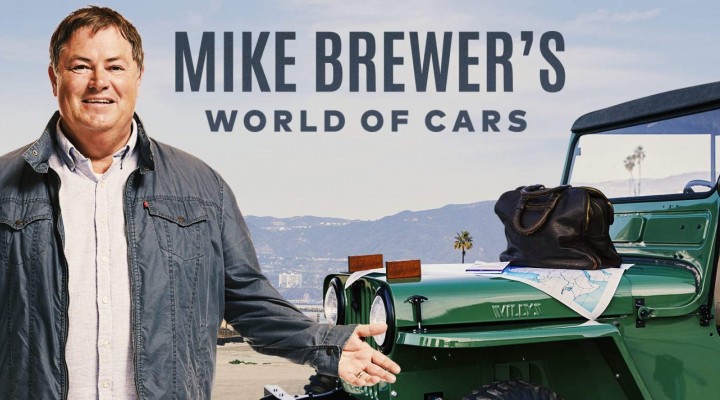 In each new episode of MIKE BREWER'S WORLD OF CARS, premiering March 3 on the MotorTrend App, Mike arrives in a new town to discover local automotive craftsmen and their culture, to get his hands dirty in their workshops and, of course, drive their cars. From the number one metal engraver for lowriders in East Los Angeles to a drag racing family in Indianapolis, there is no one dominant car culture and no end to the diversity of these stories. Each culture is a reflection of the people and neighborhoods that created them, and all have an amazing story for Mike.

In Episode 1, "Lowrider Lowdown," airing March 3, Mike's journey begins with a short trip just up the road from the WHEELER DEALERS shop: East Los Angeles, the birthplace and beating heart of the lowrider scene. Lowriding has yet to find a foothold in England, so Mike enlists some expert help, longtime Lowrider magazine editor Joe Ray, to educate him about this unique lifestyle. Mike's first lowriding experience includes his first ride on three wheels, trying his hand at pinstriping, eating a burrito the size of a car battery, and cruising down iconic Whittier Boulevard with the Lifestyle car club.

In future episodes, Mike's car skills will be tested by mud bogging monster trucks, racing the quarter mile, and off-roading an electric dune buggy. In search of automotive adventures, America and the UK becomes Mike's primary playgrounds for finding experts and car cultures that are as exciting and engaging as their vehicles. New episodes of MIKE BREWER'S WORLD OF CARS air Tuesdays on the MotorTrend App beginning March 3.

The MotorTrend App, the only subscription streaming service dedicated entirely to the motoring world, is available on Prime Video Channels in the U.S., Amazon FireTV, Apple TV, Roku, Google Chromecast and on the web. The MotorTrend App is also available across iPhone, iPad and Android mobile devices.