Welcome to the cancel/renew scorecard for Match Game TV show.
This is the most up-to-date place to find out whether Match Game is cancelled or renewed. Is there Match Game Season 6? Will there be a Season 6 of Match Game? Get the latest Match Game cancellation/renewal status below. 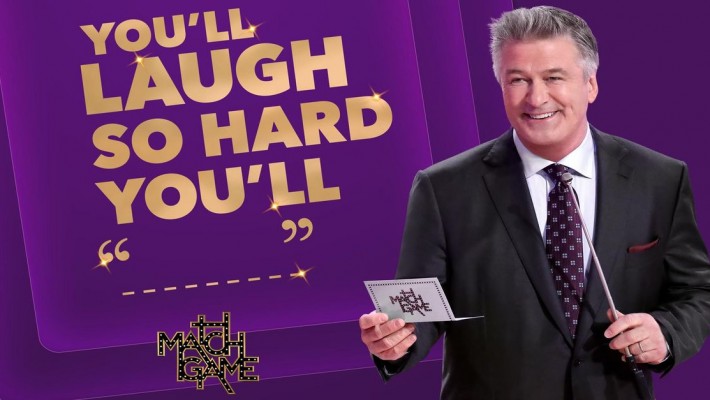 It's bawdy, irreverent and a whole lot of fun! The iconic panel game show returns to primetime, and is hosted by Golden Globe and Emmy Award-winning actor Alec Baldwin. The 10-episode series revival features four contestants each week as they attempt to match the answers of six celebrities in a game of fill-in the missing blank. From quick-witted comedians to a multi-talented designer, to stars of stage and screen, the stellar lineup of panelists includes Golden Globe, Emmy, Tony and Grammy Award-winning entertainers, who are sure to make for an unpredictable_______...

It's time to roll out the shag carpet! "Match Game," now in Season 4, returns for a summer run with Golden Globe(R) and Emmy Award-winning actor Alec Baldwin. Produced by Fremantle, the bawdy panel game features four contestants each week vying for the chance to win $25,000, as they attempt to match the answers of six celebrities in a game of fill-in-the-blank. "Match Game" is executive produced by Alec Baldwin, Fremantle's Jennifer Mullin, Scott St. John and Mallory Schwartz.